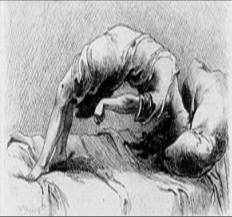 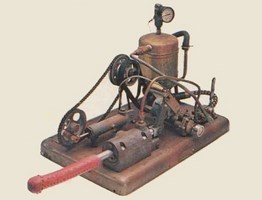 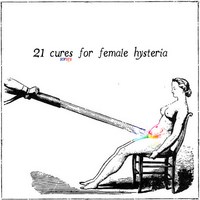 Sigmund Freud himself was at the forefront of reclassifying hysteria (from schizophrenia, conversion disorders and anxiety attacks for example) into the now more commonly used anxiety neurosis. As society learned more about human sexuality, the practice of classifying what we would consider today as the need for a good ol’ romp a medical disorder diminished. Lucky for us the manufacture and sale of vibrators continued, but starting in the 1960′s they were hawked for the same uses that they are today—as sexual stimulators.

5 Responses to Female Hysteria and the Buzz of an Industry