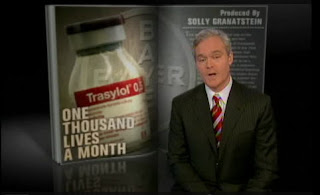 Just another very big reason to take care of your health while you still have it: Magic bullets don’t always work; and often, they can turn deadly. Take for instance the latest news coming out of the 60 Minutes newsroom. In an interview to be aired next Sunday, a medical researcher has disclosed that 22,000 lives were lost due to complications of a drug used to stem bleeding during open heart surgeries.

According to researcher Dr. Dennis Mangano, an observational study he conducted showed that the drug Trasylol, manufactured by Bayer AG, was linked to kidney failure and death. The scary part is that Trasylol, one of the most widely-used drugs of its kind, was used on one-third of all open heart surgeries during the drug’s “height”. Worse yet, in his study, Dr. Mangano recommended discontinuing the use of Trasylol and that the drug be recalled. Doh!

But wait, it gets better: Bayer, the German pharmaceutical company, well-known for its aspirin, also knew of the link between Trasylol and kidney disease…but withheld the information from the FDA. Nice. Cha-Ching! 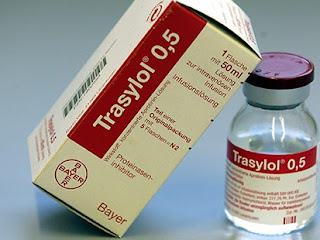 Once again, just another big reason to take care of your health now. Your heart needs proper caring and maintenance–through diet and exercise–just like all your organs do. Yeah, I know we all know this–but is everyone doing what they need to do in order to keep their hearts ticking? If you’re not, then you’re flirting with disaster. Just imagine going in for a heart bypass and coming out with dialysis. The major point here is that nobody is going to care for your health as much as you do. Period. Some companies will have no remorse to make money at the expense of your safety–you’d better believe it. So if you don’t care for your heart like its your most valuable asset, then don’t expect anybody else to, either–not Bayer; not your surgeon; not your insurance agent; not your Congressman; not your next President, no matter who that might be; not anyone. You’d better believe that.