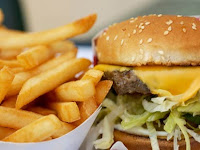 Some medical experts are so perplexed by the obesity epidemic that they are now grasping at straws. Take the latest study looking at the effects of fast-food advertising on childhood obesity to get a glimpse of the newest far-fetched fantasy–blaming businesses for people’s poor decision making, and then trying to regulate them. That’s what happened in New York City this year with mandated calorie count menus, and we may now see Federal regulation of television advertising for fast-food restaurants.

The study on childhood obesity–afflicting nearly one third of all American children–will be published this month in the Journal of Law & Economics. It looked at TV advertising, finding that as much as 23 percent of the food-related ads kids see on TV are for fast-food restaurants. Some estimates have children seeing tens of thousands of fast-food commercials every year. The study then used a statistical test which assumed fast-food ads lead to obesity, but made calculations to address other influences such as income and the number of nearby fast-food restaurants. They also took into account that some children might be obese despite their television watching habits. The conclusions of the study were that banning fast-food TV ads would reduce childhood obesity by 18% in young children and 14% in older children–basically five to six out of every hundred kids. 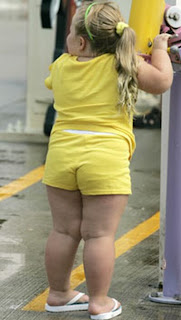 Oh heavens. OK, these kinds of studies make my stomach turn. What a bunch of nonsense motivating and perpetuating this type of research. Do television ads drive people toward consumerism? No doubt. Do television ads geared toward children influence their buying habits? Absolutely. Does eating fast-food repeatedly make people fat? Without question. Does banning fast-food TV ads really make sense in our pro-commerce society? Not to me it doesn’t. Another recent study showed that watching television in general increases the risk of childhood obesity. Should we ban television? As a matter of fact, plenty of studies point to television as a source of idiocy in its worshipers. Should we ban television to reduce idiocy? Should we ban alcohol because of the numerous deaths it leads to, or the violence, or the promiscuity, or the running naked through sporting events? Yeah, they tried that once–it was called Prohibition. It didn’t work.

Instead of perpetuating this victim mentality that seems so pervasive in our culture, why not be honest with ourselves and say it like it really is: children are obese because their parents are either ignorant or child abusers. No way a child learns to eat McDonald’s every day on his or her own. They learn from, and are enabled by, their parents. You know it’s true. I know it’s true. So why the hell is the federal government funding a study to find blame with the fast-food industry? Where’s the personal responsibility? I don’t like pop music; and I think much of today’s rap music teaches kids poor life lessons; but I don’t want to ban it. And any attempt to do so is usually met with massive resistance.

So why this attack on fast-food restaurants? Simple. Because when people (adults) have no self-control of their own–they overeat, eat crap, don’t exercise–they can’t fathom forcing self-control upon their children. So instead they blame. Blame everybody but themselves. OK, post calories on menus; then people will have nobody to blame but themselves, because posting calories won’t give people self-discipline. Printing warning signs on cigarette packs hasn’t stopped people from smoking, nor has printing warning signs in bars kept people from drinking. So banning TV commercials won’t lower the childhood obesity numbers. Only banning fast-food altogether will do that. Throw in a ban on Coca Cola and television, as well as mandating five days of exercise for every child, punishable by jail time for failure to sweat sufficiently, and maybe…just maybe…childhood obesity will decline. But is that really the world we want to live in?