Hey, catch wind of this: Breathing exercises may improve athletic performance. That’s right, working out the muscles involved in respiration can boost energy and endurance. Here’s how:

Scientists looked at 27 college soccer players and found that five weeks of respiratory workouts improved the athletes “intermittent” exercise performance, or the short bursts of effort needed for quick plays in sports like soccer, baseball, and football. The workouts utilized an instrument called a respiratory muscle trainer, which required the athletes to breathe through a valve, forcing the respiratory muscles to work harder. The study was published in the latest issue of the International Journal of Sports Medicine. 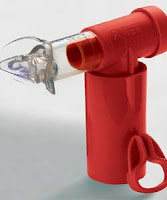 The study consisted of splitting the players into two groups, the first using the respiratory muscle trainer 10 times a week for five weeks, while the other just resumed their regular workouts. At the end of the study period, many of the athletes in the respiratory training group showed gains in their ability to perform short bursts of exercise. 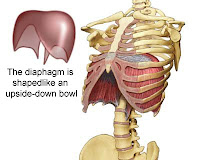 The clients in my West Hollywood and Beverly Hills chiropractic practice know how much weight I put on breathing–it’s of mega-importance. That’s why I give most of my clients exercises to strengthen and control their diaphragm, the dome shaped muscle responsible for the breathing function. Abdominal breathing retrains the diaphragm to contract fully, removing the burden on the accessory muscles of respiration in the neck and upper back. Not only is oxygen intake increased through diaphragmatic breathing, which increases endurance and energy, but tension in the neck and shoulders is often decreased by utilizing this powerful muscle.

Great news for athletes and non-athletes alike. Whether you shoot hoops or hike the canyons, a strong breath will power your performance. You’ll play longer, recover faster, and live healthier with a robust breathing apparatus.