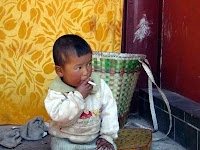 Want to quit smoking? Just focus on some nasty “effects of smoking” pictures, says the World Health Organization (WHO). According to Douglas Bettcher, head of the organization’s Tobacco Free Initiative, placing pictures of black lungs, bleeding brains and yellow teeth are enough to prevent some people from picking up the habit, and motivate others to quit.

“Although some people question the need for such pictures, the evidence is absolutely clear that they convince people to quit,”says Bettcher. More than 20 countries, including Britain, Iran, Peru and Malaysia already use visual warnings on their tobacco products. Around 80% of smokers live in developing countries; this has led to ramped-up marketing by tobacco producers, so WHO officials believe that the use of shocking images should go a long way in combating the efforts. They point to the recent emergence of designer cigarette pack-holders and other accessories to cover up some of these health warnings in Canada.

I don’t know if shocking images are enough to get people to quit smoking. I smoked for twenty years; I smoked all through undergrad and chiropractic college. I was exposed regularly to the nasty images of black lungs–didn’t stop me. I quit right before graduation from chiropractic college because I knew that smelling like an ashtray wouldn’t be good for business, and I was all about my upcoming career. But I applaud the effort and I hope it works. As I’ve said countless times: my life is extraordinarily better since I quit smoking, no doubt about it.

So if you are a smoker and you want to quit, and you think it’ll help, here you go: 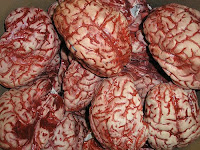 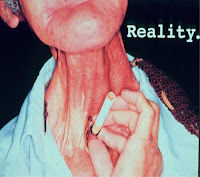