The Secret to Slim 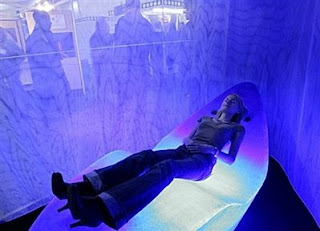 Want to stay slim? There’s a secret regimen that far too few people are taking advantage of these days–it’s called sleep. You got it–catching enough z’s is yet another way to keep your body lean and mean.

A recent study conducted by the European Center of Taste Science in Dijon in central France has found that people who are sleep deprived had greater feelings of hunger than people getting adequate sleep; and these same sleep deprived people went on to satisfy their hunger by consuming an additional 550 calories (equivalent to one large hamburger).

Another separate study conducted at Maastricht University in the Netherlands found that children who got less sleep in puberty than when they were younger gained more weight compared to children whose sleep patterns did not change.

To me these findings make sense. Since we replenish our energy stores and ATP stockpiles during sleep, not getting enough leads to lower energy. It would appear to me that the body would attempt to increase its energy through any means possible, including increasing calorie intake. But is that efficient?

The bottom line here is that the sleep process is essential to many functions from energy production to wound healing to cognitive function. It’s one of the six keys to optimal health. When we rob the sandman the global health takes a hit. And now we know sleep deprivation contributes to weight gain–definitely not efficient. So get your rest and stop burning the candle at both ends–you might see you waistline shrink as a result.