Are You A Part of the Disabled Generation? Chiropractic for High Blood Pressure 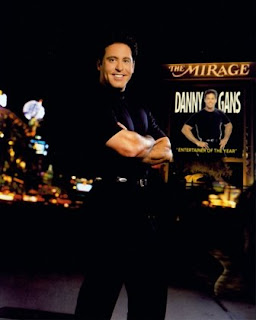 Another tragedy in the entertainment world: legendary Las Vegas showman Danny Gans died in his home early this morning; he was found by his wife at 3:00 am, “having trouble breathing.” The cause of death, as of now, is unknown. Gans was reportedly in good health at the time of his death.

Gans, eleven-time Vegas Entertainer of the Year, was well-known for his rapid fire imitations of famous celebrities from Tony Bennett to Al Pacino to Sarah Vaughn. He also sang, proclaiming himself a “musical impressionist.” Gans started his career on Broadway doing a one man show in 1995, but then moved to Vegas in 1996 starting at the Stratosphere, then moving to the Rio, and eventually the Mirage, where he signed a $150 million-a-year contract in 2000. Gans won the prestigious Entertainer of the Year 11-times in a row–an impressive feat considering that his competition included the likes of Cher and Celine Dion. Gans changed venues again this year, moving to the Encore, a sister property of Wynn, Las Vegas.

Gans did not start out as an entertainer. He was drafted by the Kansas City Royals out of high school, and played in the minor leagues. An injury ended his baseball career, but a small film roll in the hit movie Bull Durham gave him the entertainer bug. He started as a traveling performer working mostly corporate functions before moving on to Broadway.

Gans will be sorely missed both by his colleagues in the entertainment world and his adoring public. I find this especially sad because Danny Gans was in the prime of his life. He was in great shape, they say–a probability knowing how important one’s health is to performing day in and day out. Although the cause of death is currently unknown, I wouldn’t be surprised if this is yet another tragic drug overdose. If Gans wasn’t using recreational drugs, then my guess he is just another victim of pharmaceutical overload. I hope not, but healthy young people don’t just die in their sleep–something else must have happened.

My heartfelt condolences go out to the Gans family. Here’s to a great entertainer that will be for ever immortalized in Las Vegas and the world over.