Dads Are Key to Making Us Human 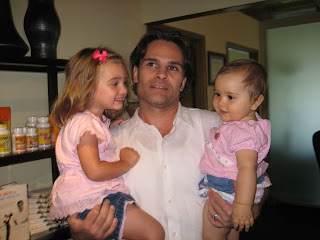 While most mammals have very little interaction with their offspring, human fathers are an integral part of their children’s upbringing; and this relationship, scientists believe, is what makes us unique, what makes us human.

Most popular theories on the role of the father have him as a protector of the young, and while this is true, fathers also play an important role in the optimum development of psychological and emotional traits considered to be primarily human, such as empathy, emotional control and the ability to navigate complex social relationships. This is uniquely human, as 95% of male mammals end their interactions at conception. 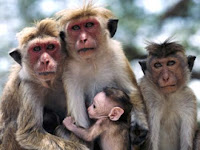 Prolonged human male interaction has important consequences to child development. While most other primates mature within 10 years, humans need 18-20 years before they can fend for themselves. The more involved a father is in family upbringing, research shows, the later sexual maturity develops in the child. In homes where fathers are absent, girls reach menarche sooner and form clingy relationships, while boys become aggressive and sexually exploitive.

The way fathers interact with children influences how they function as adults. For instance, as a result of possibly worrying about children’s financial future, fathers across cultures tend to give advice, encourage academic success and stress achievement. And father’s play tends to be on the rough side, riling up kids to the point of snapping, and then calming them down, which is believed to develop emotional control in children. As a result of his interactions, a father’s presence in the family correlates with improved health and decreased child mortality, increased emotional security and sexual maturity, and enhanced social skills.

Fathers also play an indirect role in the development of their grandchildren. As social skills develop in the child, increasing social standing, their parenting skills develop and the grandchildren benefit. Good fathering skills, then, can be passed down through generations–quite the responsibility. And finally, the more fathers help mothers following childbirth, the sooner mom becomes fertile, ensuring a bigger brood. Evolutionarily speaking, this is an advantage, as bigger families can become more powerful.

So celebrate fatherhood, dads–you are an essential part of your family’s dynamics and the development of your children. Without dads we simply wouldn’t be human.