I Have High Cholesterol Obama to Leave Weed Ds Alone

Something Exciting About Anti-Depressants

Finally, something to get excited about selective serotonin reuptake inhibitors (SSRIs)–they might just have a future in spinal cord injury rehabilitation. That’s right, your regular ol’ run-of-the-mill antidepressants have been shown to get people with spinal cord injuries walking faster. Now that’s exciting!

A study conducted at the Rehabilitation Institute of Chicago built on previous studies showing that giving animals serotonin-like drugs after spinal cord injuries promoted recovery of walking when paired with an intensive training program. It looked at 50 patients with partial spinal cord injuries, 34 of which could walk, albeit slowly, previous to the study. All 50 went through an eight-week rehabilitative walking program on a treadmill, assisted by a robot or physical therapist. Up to 40 percent of their body weight was supported in a harness. 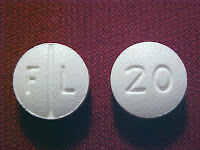 Five hours before training, some were given 10 mg of Lexapro, and some a placebo. Although both groups showed overall improvement, the Lexapro group did so faster. Selective serotonin reuptake inhibitors–like Prozac, Lexapro, Luvox and Zoloft–work by preventing the reuptake of the neurotransmitter serotonin by the nerve cells of the brain. In so doing, they allow the concentration of serotonin to remain elevated in the neural synapses, regulating mood (debatable but the reigning theory, anyway).

In this case, the drugs appear to work by increasing muscle spasms that people with spinal cord injuries typically experience, says George Hornby, a research scientist involved in the study. Most doctors consider these spasms negative, but Hornsby and colleagues believe that they mimic reflexes, which spinal cord injury patients “rely on [to walk].”

The volunteers only received the antidepressants on the day of training, yet the benefits continued long after the drug was out of their systems. Hornby thinks the drug is strengthening the residual connections between the brain and the spinal cord. “It helps you drive that muscle harder, and it’s easier for the brain to activate the muscle,” he said.

I find this research exiting because, along with the obvious, I pretty much think antidepressants are more hype than help. Oh, they change brain chemistry, no doubt; and these changes lead to mood alteration, but is this type of mood alteration ultimately what’s best for the person taking them? Not as far as I can see.

But I also acknowledge that all coins have a flip side; and in the gold-standard antidepressant therapy, we now have a tails to the “we cure depression” heads of the biochemical theory of mental “illness”. With these latest findings, I hail the possibilities of helping people with spinal cord injuries walk again–sooner, and maybe even better than the current recovery rate and results. So hang on tight people because you may never hear this out my brain again, but bravo! to the selective serotonin reuptake inhibitors.