Actor Corey Haim has died at 38. The Lost Boys actor woke up this morning feeling a little weak; as he got out of bed he dropped to his knees. Paramedics took him to St. Joseph Medical Center in Burbank where he was pronounced dead.

Although the cause of death is, as of yet, unknown, I suspect drugs were a part of the equation. Haim, a self-reported life-long addict, was taking over-the-counter and prescription medications to battle “flu-like” symptoms. Whether or not drugs shut him down directly by overdose, or the long-term use just weakened him enough to make him succumb to an opportunistic disease, I don’t know; but somewhere drugs played a part–of that I am certain. 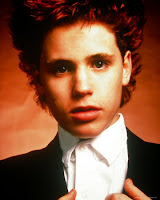 Haim discussed his drug abuse with a British tabloid in 2004. “I was working on ‘Lost Boys’ when I smoked my first joint,” he told The Sun. “I did cocaine for about a year and a half, then it led to crack.”

He said that he went into rehab where they put him on a see-saw regimen of stimulants and sedatives. Nice. That’s wisdom.

“I started on the downers, which were a hell of a lot better than the uppers because I was a nervous wreck,” he said. 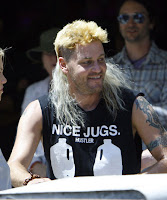 Drug use, Haim admitted, ruined his acting career and it caused other problems, as well. In 1997, Haim filed for Chapter 11 bankruptcy protection, listing debts for medical expenses and more than $200,000 in state and federal taxes.

In a 2007 interview on CNN’s “Larry King Live,” Haim called himself “a chronic relapser for the rest of my life.”

Self-fulfilling prophesy? Mmmhmm. We’ll wait for the coroner’s report, but I think drugs–prescription along with recreational–have claimed another Hollywood life.