Fake Weed: IN with Kids Diet and Exercise Better than Smart Drugs

Well, one lie hard to pass off for very long is the scientific lie. One such lie is about the efficacy of the flu vaccine. This is one of my staunchest issues, and I’ll never shut up about it: Flu shots are bull turds!

A recent interview with prestigious epidemiologist and flu-vaccine researcher for the Cochrane Collaboration in Britain, Tom Jefferson uncovers exactly why we must question the utility of the flu vaccine (not to be confused with swine flu or H1N1 vaccine), despite the Centers for Disease Control and Prevention (CDC) new public health campaign in the U.S. encouraging vulnerable patients–particularly the elderly–to “protect yourself and the ones you love against flu: GET VACCINATED!” 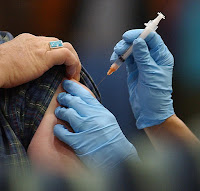 According to Mr. Jefferson, when a systematic review of ALL studies on the efficacy of flu vaccines was conducted, the findings were inconclusive. In other words, they didn’t show effectiveness or non-effectiveness one way or the other. The governments of the U.S., Britain, Australia and Germany, however, as well as the World Health Organization (WHO) use a “citation bias” when evaluating flu vaccines, which essentially means they cite studies that agree with their viewpoint, and ignore (or fail to cite) studies that show no effect or disagree with their agenda. What do you know? Keep that in mind Global Warmers.

This isn’t news to me as I’ve pointed out in several posts(here, here, here, here, and here) the use of selective science. This method of subjective objectivity has been running rampant in today’s science, particularly the health sciences. It’s shameful, and buyer beware: You better check many sources when trying to get the truth these days.

He goes on to say that bigger and better studies on flu vaccinations are needed, but somehow governments are largely ignoring this. An “extraordinary situation,” Mr. Jefferson calls it. Not if you understand modern politics, sir.

He believes, as I do, that effective and provable methods for preventing the spread of flu are simple hygienic practices like hand-washing, wearing gloves and masks (a little weird but effective), and distancing oneself from infected people. Duh! And here’s one of my own, not mentioned by Mr. Jefferson: How about just catching the flu? I don’t mean actively seek it out, but being ill has its benefits, you know.

Too avant-garde? OK, then just try washing your your hands. Mr. Jefferson states,

“There is solid evidence that [hygienic practices] work against all [flu viruses], not just specific strains [unlike the flu vaccine, as it is designed]. They are culturally acceptable and cheap, and they reduce transmission rates of other viruses too. A great American, Stephen Luby of the CDC, has published a study from Karachi, Pakistan, that found that physical interventions are lifesavers. He should receive a Nobel Prize for his work, but I’m sure he never will.

I’m sure he will not, either–no money in simple hygiene. But oodles in useless vaccines. 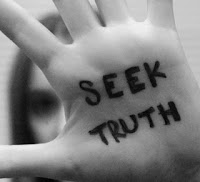 Mr. Jefferson concludes that he is not antivaccination (and neither am I); he has five children, all of them vaccinated. As he says, childhood vaccines have strong evidence to back up their effectiveness, unlike the annual flu shot. “I am not antivaccine. I am anti–poor evidence,” he says.

Bravo! Nothing more refreshing than a scientist dedicated to the truth. Sounds weird, I know, since science is the investigation of truths of the universe. But that’s the way it goes when politics get involved in any endeavor. When it comes to your health, you better find the truth for yourself, because you won’t get it from the government. Governments lie.