Too Strict, Too Indulgent Parenting Breeds Heavy Drinkers Love and Honor in Death 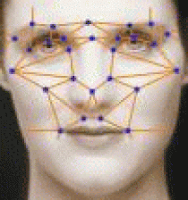 Another piece of evidence showing how genetics plays a instrumental role in shaping sexual orientation.  A recent study out of York University in Toronto showed that the ability to recognize faces, both in speed and accuracy, is a skill sharpened in women and homosexual men.  And to add an interesting twist–left-handed heterosexual men have quicker and more accurate face recognition than do right-handers.

The ability to recognize faces has been shown through imaging techniques to be a purely right-sided brain function in men, while women use both hemispheres.  This “doubling-up” of brain power allows women to scan their memories much more rapidly than men, making it easier for them to recognize people at cocktail parties.  Researchers believe that the same holds true for homosexual men–their brains likely use both left and right hemispheres when evaluating faces, accounting for their mirroring women’s abilities in this function. 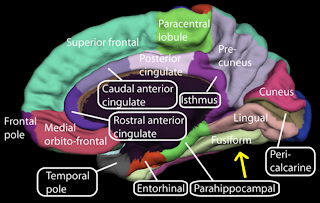 Face recognition is complex.  It takes a number of brain regions, visual processes, and memory for recognition to take place.  Researchers studied this phenomenon by recruiting a sample group of homosexual men, heterosexual men and heterosexual women, of both left-handed and right-handed variety.  The volunteers were shown pictures of 10 faces and given time to try to memorize them. The photos were black and white, and digitally altered to remove ears, hair and blemishes, so as to eliminate the physical landmarks people often use to remember faces.  The 10 faces were then mixed with similarly altered images of 50 other people and flashed on a screen for just milliseconds apiece. The subjects’ job was to press a key when they saw a face they’d seen before.  The results were that women and homosexual men scored nearly the same, and both groups fared better than heterosexual men.  Homosexual women were not studied. 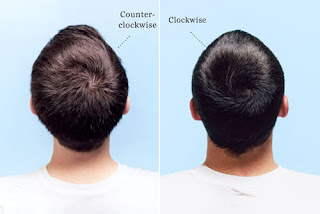 Genetics determines symmetry and asymmetry in body and brain.  For instance, previous studies have shown that gay men have a 39% greater chance of being left-handed than heteros (southpaw heteros performed better on face recognition than did righties, remember?).  Gay men also have a greater chance (~80%) of having a counter-clockwise hair whorl. 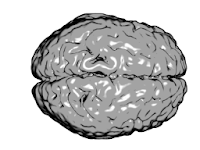 What is unknown is if homosexual men are, in fact, using both brain regions when attempting to recognize faces.  The only way to know for sure would be to image the brain as it goes through the same experiment, but this would bring up some serious ethical considerations.

Either way, I find this research absolutely fascinating.  Despite some still believing it to be a lifestyle choice and not genetic, evidence points to homosexuality being a multi-factorial phenomenon.  Genetics, hormones, and environment all play a part in developing sexual orientation, many of them early in embryonic development.  Some have even proposed an evolutionary advantage to homosexuality being maintained in the population, despite its lowering reproductive success.

If genetics are involved, then there must be phenotypic differences that go beyond sexual preferences.  What are these differences?  How are they expressed?  Politically speaking, if we could recognize that sexual orientation is biologically determined, then it could lead to an advancement in equal protection rights for homosexuals and same-sex couples.

I also find this study interesting because, well, it explains my total lameness in not remembering people whom I’ve met in the past, some just days earlier.  Duh…I’m a little slow, um…er, uh…what’s your name?  Forgive me, I’m hetero–half brain, you know?