The Boss is Dead 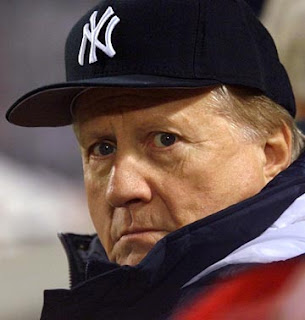 New York Yankees owner George Steinbrenner, the Boss, died this morning of a heart attack at 80.  The boisterous owner of the famed Bronx Bombers was taken to St. Joseph’s Hospital in Tampa, Fla., and died at about 6:30 a.m.

Steinbrenner bought the Yankees in 1973 and was well known for his iron fist rule and public feuds with Billy Martin and Yogi Berra.  Steinbrenner went through 20 managers during his first 23 years as owner.  Despite these challenges, Steinbrenner’s Yankees won seven World Series, 11 American League pennants and 16 AL East titles, epitomizing greatness in sports.

Steinbrenner’s had been in decline for several years.  As his health declined, control of the team was handed over to his sons Hal and Hank.

He appeared at the new Yankee Stadium just four times: for the 2009 opener, the first two games of last year’s World Series and this year’s homer opener, when captain Derek Jeter and manager Joe Girardi went to his suite and personally delivered his seventh World Series ring.

“Winning is the most important thing in my life, after breathing,” Steinbrenner was fond of saying. “Breathing first, winning next.”

Steinbrenner is survived by his wife, Joan, four children and 12 grandchildren.

New York will be a little less lively without the Boss.