Tweeting is the New Reality

It’s all happening–we’re turning into cyborgenic mashed potatoes.  Spectating instead of acting in this very real, theatrical presentation called human life seems to be the norm for many in the new age.  Take what happened at USC last night: TV’s Science Guy, Bill Nye, collapsed onstage, mid-sentence, as he walked toward a podium during a talk he was giving.  Instead of anybody running to his aid, the crowd simply picked up their PDAs and started tweeting…yes tweeting.  Doh!

One student gave the play by play with: “Bill Nye tripped on his computer cord while speaking at USC, was out for abt 5 secs, got back up, spoke w/ slurred speech and fainted.”

According to preliminary reports, Nye is doing fine physically; the cause of his fainting unknown.  But what interests me is the reliance…nay, addiction perhaps…to our technology.

In another recent incident, foul-mouthed comedian, Messy Mya, who is known for his YouTube video rants, was shot dead last Sunday (November 14th) in the streets of New Orleans.  Again, instead of anybody helping him, cell phones are being pushed up into his face for photos and video of the pooling of blood next to his head.

Sick?  Or just the modern-age?  I’ll let you decide. 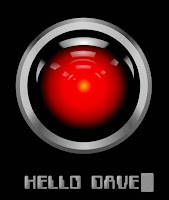 I’m a big proponent of adopting technology to improve and simplify our lives.  In fact, I am certain that as we evolve, we will do so along with our immediate and convenient access to information.  Saying that, however, makes me wonder how many will actually veer too deeply toward indifference.  Will we see some people actually lose touch with their humanity and become as “objective” as their hand-held computing devices?  Sure is looking that way.

Hey, I realize that everything–be it a new invention or life event–comes with both sides of a similar coin.  But I just hope you heed the warning that it will be easy to forget your human side, your heart if you will, that separates you from the machinery which now inundates your life, if you are not careful.  We are not machines; we are not our technology.  We are living, breathing, feeling organisms–those other things are just tools.  Use them, but stay in touch with who and what you are.  I’m certain that we’ll see much more of this behavior in the near future.  It’s up to each individual to determine how much he or she wants to control their use of technology, or risk being run by it.