As a follow-up to a story I posted on earlier, the FDA has said it will not stop the sale of a cheaper version of a drug used to prevent premature births in women.  The drug, called Makena is a progesterone synthetic, which has been made cheaply for years, mixed in compounding pharmacies that are not federally approved.  The FDA said previously that it would enforce regulations against any compound pharmacies mixing the drug, upholding a federal order to allow one company, KV pharmaceutical, to be the sole producers of Makena.

This news comes as a relief for both women and doctors, as previous reports disclosed that the price would jump from $10-$20 to $1,500 for the once-a-week shot.  The FDA released a statement today saying, “In order to support access to this important drug, at this time and under this unique situation, FDA does not intend to take enforcement action against pharmacies” that compound the drug, also known as 17P. 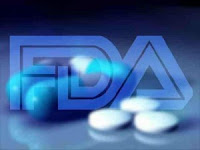 What makes this story unique is that when pharmaceutical companies usually develop a new drug, some pharmacies may try to make a version of the licensed drug after it comes on the market. But in this instance, pharmacies were making it before KV Pharmaceutical.  It was only the government mandate allowing KV sole manufacturing rights that changed things.  What’s more, the FDA’s regulation of special pharmacies is “a gray area” based on agency policies, not laws, noted Alvin J. Lorman, a respected Washington, D.C.-based food and drug lawyer.

Well bravo to the FDA for holding out on enforcing a bad policy.  And shame on the feds for scratching the back of a solitary pharmaceutical company at the expense of at-risk pregnant women.  Thank goodness there was enough of a public outcry to prompt good decision making by the FDA.  Sometimes our voices can be heard, and this is definitely one of those cases.  Good job, people!