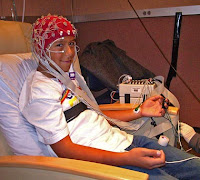 According to a recent Scientific American article titled, How to Build a Better Learner, neuroscientists believe that the cognitive functions of good learning depend heavily on what psychologists call ‘executive function‘.  Executive function encompasses cognitive attributes such as attention, working memory (what you can hold in your mind with regard to recently learned material), and gratification delay.  They believe that these abilities can predict whether a child will, succeed academically in the future.

One of those attributes in particular–the ability to delay gratification–scientists believe is the foundation of better learning.  And more importantly, they believe it is a teachable skill.  One program, called Tools of the Mind, tried in some low-income school districts where children typically have poorer  academic outcomes, trains children to resist temptations and distractions, as well as to develop working memory and flexible thinking.

The techniques seem so powerful that some educators and economists are now contemplating public policy measures to ‘improve self-control’ as a way to “enhance the physical and financial health of the population and reduce the rate of crime.”  These are the remarks of authors of a recent study which appeared in the journal, Proceedings of the National Academy of Sciences USA. 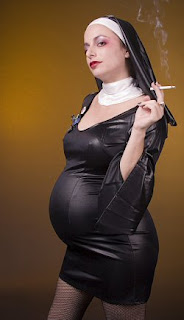 I find this an interesting concept, albeit a potentially misguided one.  Although I agree that children, and therefore people, fare better in life when they are able to practice discipline and delay immediate gratification, and I also agree that these are the foundations for successful academic learning, I do take exception to the idea of making ‘self-control’ a public policy, in the form of a required class or instruction for children, because I know that it will also have a backlash.  Self-control can be taught, but I think it’s better to lead by example (in the family), than pushing it through a curriculum.  Anything forced on children will have a significant amount of resentment accompanying it.

I just do not believe a program like this will succeed in its goals of enhancing health and finances, or in reducing crime, simply because children that have trouble controlling their impulses will never be forced into practicing self-control.  Yes, many children will respond favorably to the program, but I beleive these same children would do well anyway, no matter what their programs.  Okay, perhaps a handful that wouldn’t otherwise get to learn about self-control and delayed gratification might benefit, but an equal amount will actually do worse as a result of the forced behavior.  Many will seek immediate gratification even more, as a rebellion toward authority.  Listen, some children can’t conform to classroom rules right now for the same reasons, and so they are labelled as having a disorder, and they are drugged.

This type of program will actually create poorer physical and financial health and likely increase crime (if not in number, than in severity).  It’s a fallacy to believe that every child will respond to any program, let alone a  majority.  More likely, there will be gradations of responses–some good, some poor, and everything else in between.  But again, I contend, when something becomes mandated, the rebellious members of society will revolt and actually go against the grain.  That’s life. 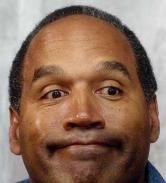 What also bothers me is that it seems very similar to what religions do right now, as far as teaching morality in their schools and churches.  Our current public policy, however, has been to veer away from the moralistic teachings of religious institutions, so why package it as something new, with just a different name, under the guise of a psycho-therapeutic and neuroscientific approach to child development?  It’s gratification delay!  It’s what the church and moral majority have been preaching for forever!  Why is it okay now?

It was always okay.  Political ideologues got hold of something they wanted to do away with, and are now realizing it was actually serving a purpose all along–amazing when those discoveries are made, when science and religion coincide.  Nevertheless, you mark my words, if it does become public policy, this type of program will create a bigger, badder sociopath to counter the hordes of children being ‘taught’ self-discipline.