Here’s Looking at You, Kid

What’s more in demand today than plastic surgery?  Cheap plastic surgery!  Don’t act surprised…who doesn’t love a deal?  And when it come to slicing and dicing your morphology, at rock bottom prices, no place beats Morocco.  Ah yes, Moroccan rhinoplasty–best in the world for under five grand.

According to a recent report, people are flocking to Morocco and its neighboring Tunisia for plastic surgery.  Clinics are plentiful in Rabat and Casablanca, where tourist can get procedures for less than half the cost of European clinics.

Morocco has a history of plastic surgery dating back to the 1950s.  When sex-change operations were banned in Europe, Morocco was a hub. 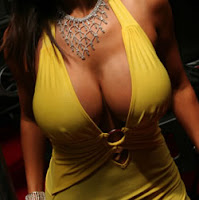 “The demand for cosmetic surgery in Morocco is actually growing steadily.  There are about 1,000 to 1,200 cosmetic surgeries per month in Morocco, and 10-15% of patients came from abroad,” said Salaheddine Slaoui, a specialist in cosmetic and reparative surgery, adding that the number of plastic surgeries had also doubled in the last decade.

The two most popular procedures are breast enlargement and liposuction.  You don’t say?  And the enhancement of choice for men?  Why, that would be penoplasty, or a good ol’ fashioned penis enlargement.  Yes sir!  In Morocco…sky’s the limit. 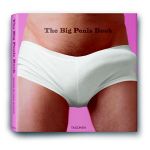 Says Sloui again, “Compared with last year, the number of consultations for penoplasty has practically multiplied by five!”

Hey you want it all, and who blames you?  New teats, improved package, cheap price…sounds like Morocco’s the place for you.  And since practically any doctor can practice cosmetic surgery in the western world (at least the U.S.) without special credentials (re: Jan Adams), then why should you worry about a third-world tummy tuck?  You shouldn’t!  Here’s looking at you, kid.