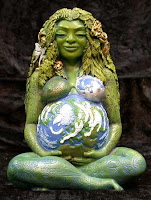 You are what you eat has never rung more true.  No, you will not turn into a Twinkie…but the microorganisms in your gut respond and change according to what you eat.  So says a recent study out of the University of Pennsylvania Perelman School of Medicine that showed changes in diet can affect the virus populations that live in your gut.

“Our bodies are like coral reefs, inhabited by many diverse creatures interacting with each other and with us,” senior author Frederic Bushman.

The researchers looked at gut virus populations of six volunteers assigned to eat either a high-fat/low-fiber diet, a low-fat/high-fiber diet or an ad-lib diet.  The researchers analyzed DNA from viruses in the stool of the participants over eight days and found that the largest variation in virus diversity occurred between individuals. However, virus populations among participants who ate the same diet became more similar over time. 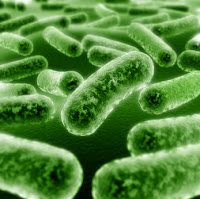 “The study provides a new window on the vast viral populations that live in the human gut, demonstrates that they vary radically between individuals, and shows that dietary changes can affect not just bacterial populations but also viral populations,” Bushman said.

This is an interesting study, because we know how important diet is to the overall health.  What we eat affects our physiology in action, and in environment.  In fact, if we think of our body as an ecosystem as much as an individual organism (not unlike the earth, or a galaxy for that matter!), we can see the impact our food choices make on the environment and the organisms within us.

It is tempting to think of all viruses and bacteria as bad or undesirable, but we live in symbiosis with these microorganisms–they are as important to us as digesters (among other things) as we are to them as food and lodgings.  By controlling the substances you put into your body, you are essentially controlling pollution in your internal atmosphere.  If you regularly pollute your inner environment–and not just with what you eat, mind you, but with what you breathe, snort, inject, whatever–you not only affect the intestinal flora, but every cell in your body. 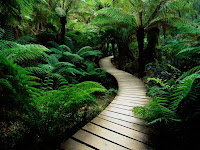 Listen, natural health advocates have been saying this  for years: Watch what you put into your body.  Give it wholesome foods, natural juices and fresh, clean drinking water, and your body will respond by remaining an oasis–lush, fertile, and full of life.  Pollute it with garbage and that’s what it will become–a cesspool.  It will become that to such a degree that it will change you, as it will every cell in your body…and it will also change the life forms residing within your body, because you are an ecosystem, a planet if you will.  Treat your planet as if it’s your body, and vice versa–and you and your viruses should live in mutual satisfaction for millions of microbe generations.