Over the last several posts I have discussed a few aspects of obesity that I think are important in understanding the condition. There is no doubt that obesity is a multi-factorial issue in adults—I’ve always contended that. But I do not feel that way when it comes to kids, because children often do not have the same mental factors, which I believe play such a strong role in chronic obesity (the factor most involved in the I-just-can’t-seem-to-lose-weight-no-matter-what-I try-syndrome). More on this in a future post.

But we already defined obesity—a medical condition in which excess body fat has accumulated to the extent that it may have an adverse effect on health, leading to reduced life expectancy and/or increased health problems—so the question should now be: How has obesity become epidemic? How have so many people gained weight to such degree as to be detrimental to their health? The numbers today are harrowing–in the U.S. no state has a prevalence of obesity less than 20%, with some states having 30% or more of their population obese.

This is a fairly new phenomenon, as the numbers in the U.S. have gone through their most dramatic increase only over the last twenty years. This is one reason I do not buy into the genetic or hormonal-cause theories. Gene pools just don’t change that quickly, especially not with regard to a trait that has neither survival nor reproductive advantages. 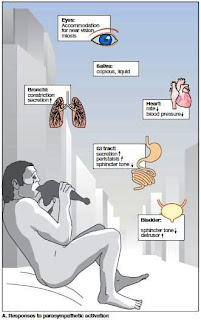 One major benefit we are experiencing as a result of the current obesity epidemic is that we have learned quite a bit about human physiology, particularly with regard to changes in autonomic function. What is particularly interesting is to see how the body responds to an extreme change in condition—in this case, excess weight gain. Once again, we see the incredible intelligence inherent in the human body. The body responds to a perceived stress in a very predictable way: It tries to reestablish balance, and it does so through the autonomic nervous system (ANS).

These observations have some in the field excited that they have now found the true underlying cause of obesity. However, ANS changes, and their associated hormonal imbalances, are not the cause of obesity. Neither are emotional or economic stressors the cause of obesity. While these issues are very likely factors in the long-term maintenance of obesity—the reason why “weight stays relatively constant”—they are not, in and of themselves, what causes obesity. Taking in more energy (calories) than we use is the primary cause of obesity. And this phenomenon is predominantly due to one or more of the following factors: 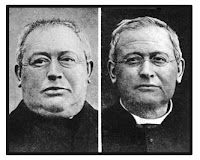 Yes, hormonal issues like hypothyroidism can cause weight gain, so can medication side-effects, and genetics probably leaves some people more susceptible than others. But these factors are not responsible for the 20-30% obesity rates in the U.S. No way.

So, once again, how has obesity become epidemic in the U.S. and other western societies? As far as I can see obesity is a consequence of prosperity. When food is abundant, when we do not have to grow, hunt, trap or kill our own food sources, when high-energy foods (not in vibrancy, but calories: think pizza) is just a phone call away, 24-7, what do you think is going to happen? Poor nations don’t have obesity epidemics. Oh they may have obese people…but not an epidemic. Think about it. Obesity is mostly a condition of abundance. 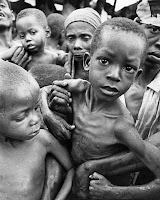 Obesity is also a consequence of population growth. The more mouths we have to feed in rich, industrialized nations, the more we have to manufacture foods that will preserve long-term storage, transport and shelf-life. Simple as this: To feed millions of people, foods are tweaked to prevent their perishing, and as a result we get chemically- and preservative-laden foodstuff, as well as the now prevalent yet highly controversial genetically-modified organisms (GMOs). Ingesting these food-like substances, as I like to call them, in large quantities or over long periods can lead to excessive weight gain. 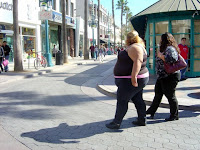 Sorry to the foolish skeptic, but sodas do cause weight gain. It is no surprise to me that obesity has run concurrently with both American power and prosperity in the world, but also with the explosion of the food industry, particularly in the development of processed  foods (and junk food, and fast food, and soda consumption…)

As I’ve hinted in a previous post, I also believe a very strong mental component is involved in the obesity epidemic. No doubt the psychological makeup of society is contributing to this massive inflation. The coddling of the obese—by searching for an it’s-something-outside-of-you cause—is no small factor in making obesity an epidemic. Next post, I will discuss weight loss and what I think is a better approach to decreasing the prevalence of obesity in modern society.
Copyright © 2013 Dr. Nick Campos - All Rights Reserved.