Conrad Murray? Nothing New Thanksgiving: The Greatest of All Holidays

Irresponsible Drug Use the Common Theme

I was asked to say a few words about drug use, but not in the positive. Well darn-it, how could I resist? I’m guessing the request comes on the heels of my most recent posts on medical marijuana, of which I make no secret that I am in favor. But I wish to be very clear that my views on medical marijuana are not a condonation of recreational or irresponsible drug use. On the contrary, it’s precisely because I am so against the irresponsible and dangerous use of drugs that I advocate medical marijuana. When compared to the heavy-duty narcotics and other pain pills that are doled-out indiscriminately by doctors, believe me, medical marijuana is a blessing.

First and foremost, I am a former drug abuser, so I full well know what it means to be addicted. And I also know the down-side to heavy and/or long-term drug use. I have done it all, you name it, but alcohol and cocaine were my main weaknesses. I was also addicted to nicotine. For twenty years I smoked a pack a day. 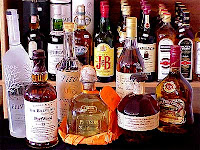 My experience with drugs and alcohol were not all bad, though–I certainly learned a lot. If nothing else I came to understand how drugs can consume your life, how they can distort your view of the world, and how they could damage relationships. I got to experience how they could kill your motivation and prevent you from achieving your full potential. I was also exposed to a dangerous, seedy side of life that was full of mistrust, deceit, theft and violence, not to mention legal ramifications that could end a life of freedom by landing you behind bars for a long time. Yeah, lots of disadvantages to drugs; but for me it was a valuable education that will probably serve me, and hopefully others, for the rest of my life.

Despite medical marijuana being classified a schedule 1 controlled substance—high potential for abuse, lack of accepted safety for use of the drug or other substance under medical supervision, and no currently accepted medical use in treatment in the United States (not entirely true, but that’s the definition)—it does have definite benefits. In my lifetime, I have seen it help HIV+ men keep from wasting away by giving them an appetite when they had none. I have seen it help cancer patients. One elderly couple, who are in their 90s, and whom I treat chiropractically, have shared their stories with me about the unrelenting pain they feel on a daily basis due to the cancer they each have; and how not even the Fentanyl* patches their doctors put them on would bring relief. Only medical marijuana did that. That’s right—these people in their 90s could only find relief from the intense pain they felt 24/7 by smoking a joint. They were not hippies; they had never had marijuana in their lives until they were sick with cancer. And it helped them. Duh!

Listen, drugs in and of themselves are not bad. They are helpful, even necessary, in many instances. I’ve needed the help of pain killers. An attack of acute appendicitis in 2006 showed me just how useful morphine could be (although not 100% effective and highly addictive). Whether antibiotics, sedatives, pain meds or steroids, each has a short-term use; but too many doctors give them to people long-term, as an easy yet temporary fix, instead of looking for real, long-term and self-directed solutions.  And it’s this that leads to serious problems.

Let me ask you a question. What do the following people have in common: 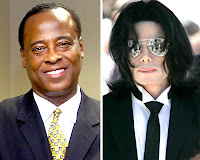 In both groups the common theme was an irresponsible use of the drugs. So regardless of whether a drug is illicit or legal, using it carelessly is foolish, and it can lead to illness or death.
That doesn’t mean drugs are bad by any means. Worshiping and relying on drugs, however, is unwise. And that goes for medical marijuana too. But if a substance can help cancer patients, people with HIV and people that suffer from chronic pain find relief, and maybe even help them survive (by increasing appetite), and that substance has low-risk side effects when compared to harder drugs like narcotics, then shouldn’t we use it? Shouldn’t we at least study it to see what medicinal benefits it might contain, and do our best to understand it?

That’s not me condoning drug use. I have lived both a life of drugs and a drug-free one—and I can say without a doubt that I prefer being straight, sharp and clear of mind. But I don’t knock recreational drug use, either, if the user can do so responsibly. However, rehab centers and city morgues are filled with people who couldn’t, and frankly, that could be you one day.  So if you value your life, it’s better to stay clean.
That, however, is the farthest I will go with wagging a finger at society, because I know we can’t both live in a culture where taking prescription drugs is considered ‘normal’, and expect others to not do so recreationally. That would be a fantasy.
*Fentanyl is a schedule 2 controlled substance–high potential for abuse, currently accepted medical use in treatment in U.S., and currently accepted medical use with severe restrictions. Abuse of the drug or other substances may lead to severe psychological or physical dependence (not true of marijuana).  Medical cannabis (currently a schedule 1–see above) would be more appropriately placed in this category, and probably most appropriately as a schedule 3.
Copyright © 2013 Dr. Nick Campos - All Rights Reserved.