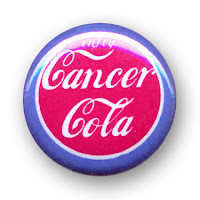 No secret that I am anti-soft drinks. Funny because I am not much anti-anything, believe it or not. But I don’t like sodas–not for me, not for my children, and not for others. It’s garbage. Liquid sugar. No nutritional value whatsoever. Ten teaspoons of sugar per can…need I go on?

Well, it appears as if Coke and Pepsi also contain a cancer causing ingredient, one that I know at least I was unaware of, called 4-methylimidazole (4-MEI), a major component of the caramel coloring the sodas sports.

According to recent statements, Coca-Cola and PepsiCo have decided to lower the amount of 4-MEI in their soft drinks to comply with California standards that relate to findings that high levels of the chemical are shown to cause cancer in laboratory rats. Nice. 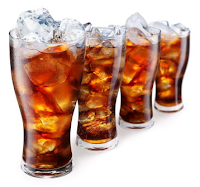 Not that either company actually cares about the health and safety of their customers, but they would have had to place a warning label on their liquid sugar product which discloses that it contains a known carcinogen. And what do you think that might have done to sales?

Both companies are probably resting assuredly that very few of their addicted consumers will ever find out about the cancer causing agent that has been a part of their drinks for decades. Indeed both companies assure shareholders that the changes will go unnoticed by addicts (and those not reading this blog).

“We are NOT changing our recipe; or our formula,” Coca-Cola Company spokesman Ben Sheidler told AFP in an email. No just the toxic coloring. Bravo liquid sugar manufacturers.

“What we did do is direct our caramel suppliers to make a manufacturing process modification in order to reduce the level of 4-MEI in our caramel so as to meet the requirement set by the state of California’s Proposition 65.”

California voters passed Proposition 65 in 1986, and the law aims to protect state residents from “chemicals known to cause cancer, birth defects or other reproductive harm, and to inform citizens about exposures to such chemicals.” 4-MEI was listed as a known carcinogen under Prop 65 in 2011.
Now mind you, both Coca-Cola and PepsiCo deny any health risk whatsoever, despite their products containing up to five times more 4-MEI than California standards. And not without a fight: The companies actually lost a battle against the state of California that dragged on for three years. The soda manufacturer’s argument: Trace amounts of 4-MEI are not sufficient to cause cancer in people. 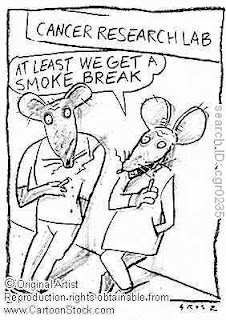 So let me get this straight. California has found 4-MEI–a compound used as caramel coloring, not just in soda but in soy sauce, coffee, bread, molasses, gravy and some beers–to be a carcinogen. And these companies have wasted time and money fighting on the grounds that, “It’s just a little cancer causing…and only in lab rats.” Yes, rats are always catching cancer in the lab…dumb rodents. That has nothing to do with you or me.
Listen up liquid sugar pushers: You know damn well that if the public ever found out that you have a known carcinogen in your product, even if in just trace amounts, not one person would buy it. Not one. That’s why you caved in, because you would have been forced to label it, and there’d go your cash cow.
Like I’ve said before, I’m a capitalist to the core, but providing a product that has a questionable ingredient, and then trying to be deceitful about it–and that’s what non-disclosure is, deceitful–is atrocious. You can minimize the issue all you want to, but you know that justice is often carried out in the marketplace. And your response speaks volumes.
Copyright © 2013 Dr. Nick Campos - All Rights Reserved.