Genomic Medicine: The Future is Here 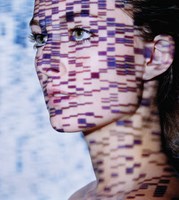 Wake up world! The future isn’t in “affordable health care,” it’s in genomics; genomic medicine to be exact. While the masses grasp for the hope of equality, the real world manifests duplicity. Standard health care may, in fact, become etched into the collective consciousness as a so-called entitlement, but cutting edge will always go to those who can afford it.

Take medical genomics, for example—it has been plugged as the next panacea since penicillin for over a decade now. But civilization may finally be on the verge of its newest major paradigm: man-machine integration—a synthesis of super-human existence through the assimilation of technology with biology. And it appears that genomic medicine is the beginning.

Leading the charge to bring genomic medicine to the mainstream is Human Longevity Inc., a company founded by genomics-pioneer Craig Venter; a sort of Larry Ellison meets Robert Jarvik meets Deepak Chopra. Venter and Human Longevity Inc. are no dummies when it comes to the big bucks inherent in genomic medicine, and they’ve got a plan to get every man, woman and child sequenced—that’s biotech speak for mapping the genome.

The belief has been that to know one’s genome is to have the best form of prevention available, because we all know that genetics is everything when it comes to health…right? I mean anybody following health news could see that genetics has become the cultural health authority’s explanatory standby for many of medicine’s biggest mysteries. Everything from cancer, to heart disease , to Alzheimer’s would be at the mercy of genomic medicine, for if the genetic code is the blueprint of life, then surely the cause, and cure, for many diseases has to be wrapped up into the code in some way.

The big idea behind genomic medicine is that everyday people like you and me would be wise to get our genomes sequenced. By comparing our genome to that of a database, we can determine where we fall into the health norm, and where, by mutation or risk thereof, we might be susceptible to illness, disease or faulty physiology (think high cholesterol).

But the coolest thing about this story, by far, is that “the first complete (six-billion-letter) genome of an individual human” ever sequenced was Venter’s itself. While working for Celera Genomics, another company he founded, but which was seeded by private investors, Venter switched his own DNA with the composite samples the company had planned on sequencing (in its race against the government-funded Human Genome Project). As a result the first mapped human genomes belong to Venter and DNA double helix discoverer, James Watson (also financed by private company), of Watson and Crick fame.

According to his biography, and the original genome sequencing publication, some chains in Venter’s genome are associated with wet earwax, increased risk of antisocial behavior, Alzheimer’s and cardiovascular diseases. Can you see the ginormous benefits here? Vetner does, and he always has: His company Human Longevity Inc. is setting out to make what industry insiders have long thought to be economically prohibitive—the cost of sequencing—affordable for all. At $1,000 a pop, many genetics-is-the-answer-to-everything proponents are singing the praises of this move. Venter’s goal with Human Longevity Inc. is to sequence 40, 000 human genomes a year, in a search for new therapies for some of today’s most tenacious diseases. The low-cost of sequencing, due in part to what Venter calls “pretty stunning” recent advances, promises to fulfill this mission of creating a comprehensive human genomic database over the upcoming years, and genomics is “just on the threshold” of delivering results, Venter says. 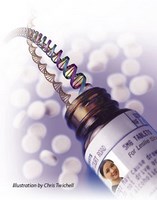 Knowing one’s individual genomic sequence, the idea goes, will lead to highly personalized treatments, and that’s where the real money is to be made. Venter and Human Longevity Inc. have thus decided to take on cancer first.

“We’ve still only scratched the surface of what the genome holds,” said Jay Flatley, Chief Executive at Illumina Inc., makers of the HiSeq X Ten machine, a high-speed sequencer can map a single genome for as little as $1,000. Compare that to the government-funded Human Genome Project which spent $3 billion and took 13 years to sequence the human genome. “What we need to do now is get hundreds of thousands to millions of genomes in databases with clinical information.”

Can you see where we’re headed? Listen I am not suggesting this is a bad thing at all, in and of itself—just pointing out the direction medicine is going. But if you think the ground-breaking treatments that are discovered as a result of this technology, if any at all, will be cheap, then…can I offer you another bucket of Obama Care?

Understand that dirt cheap genome sequencing is mostly a way to get the data base populated and paid for by consumers, a win-win if you happen to think that genetics is the answer to most of mankind’s health woes. While the consumer receives a ‘blue print’ of their potential problems—“you’re at risk for heart disease, NOW you’ll exercise, won’t you? God bless genomic medicine”—the biotech/health industry gets…well, cha-ching!

And, again, that’s not a bad thing; but the treatments may not necessarily be offered up as standard care. Worse yet will be the potential for standard care to simply become a litany of lifestyle drugs—à la statins, antidepressants and Ritalin—sold as prevention. Don’t underestimate the drive for profit in every new paradigm. And I have no reason to believe that genomic sequencing itself won’t be covered by insurers. That’s a no-brainer: Anything that promises to reduce insurance reimbursements through prevention (wink, wink), and maybe even uncover some potential risks so important in evaluating any insured-to-be, will be accepted with open arms by the insurance industry. These economic factors make it clear to me, along with Venter and many other string-pullers, that medical genomics is the next frontier in modern medicine. 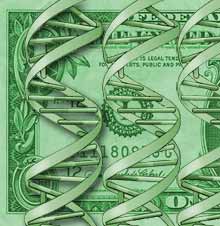 But again I believe the greatest use of genomic sequencing will be for those that can afford it—not the sequencing itself, because at $1,000 a pop it’s a bargain. Venter and other biomedical entrepreneurs are smart enough to know that the current ‘sickness’ paradigm lends its way perfectly to swaying the masses in the direction of needing to know their genetic susceptibility to disease, so offering sequencing for a modest price (relative to the sophistication of the technology) is a rather genius form of seed-planting.

No the real costs, and profits, will come as the actual actions one takes to prevent their potentialities from expressing—in the form of double mastectomies, bariatric surgery, lifestyle drugs, and so forth. Health care entitlement will be to know, in this case to know one’s susceptibility to disease, while the actual doing something about it will cost. Your doctor’s opinion will no longer be enough to keep you medicalized for life—for that you will need genetic proof. And thanks to Venter and his colleagues within the biomedical sciences business, genomic medicine will be that proof.