Is Liver Damage Really Worth The Risk of On-Line Herbs? Seven Fears Which Can Hamper Your Orgasm 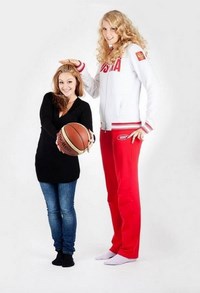 Did you ever watch the Brady Bunch? Do you remember when Bobby was stressing over being small, and he just could not see any upside to his little boy frame? And then he fit through the meat locker window, saving his and Greg’s life, and in a flash he was enlightened. Well turns out there’s another benefit along with passing through tight spaces that grows with each centimeters (cm) of height NOT developed: it lowers the risk of developing cancer. You heard right, being tall seems to increase one’s cancer risk. At least that is the word out of today’s meeting of the European Society for Paediatric Endocrinology held in Barcelona.

Researchers, who have not published their findings in any medical journal, say they conducted the biggest study of its kind looking at at birth, health and military records of 5.5 million people born between 1938 and 1991. What they found was that as height increases over a certain baseline, 1 meter or 3 foot 3 inches (3’3), cancer risk increased every 10 cm, by 10 percent in men and 18 percent in women. While nothing has been published, these results do seem to confirm the findings of other studies like a 2013 U.S. study, looking at women only, which found a 13 percent higher risk of developing certain cancers for each 10 centimeters of height.

Along with the increased cancer risk, the current study found that for every extra 10 cm, a woman also had a 20-percent higher risk of breast cancer, while there was a jump of 30 percent for every 10 cm in melanoma risk for both genders. A 180 cm woman (5’11) would be about a third more likely to contract cancer than a woman of 170 cm (5’7). Not every expert agrees with the potential height-cancer link, however, as some question the methodology of the study, while doubting the strength of the link, pointing out a much greater cancer association with genetics and obesity. Skeptics also believe that any link might be attributable to growth hormone, which could be affecting both traits.

“It sounds an odd relationship at first glance, but it is actually very plausible that the risk of cancer in a person should be related to the number of cells in their body, since that determines the number of cells ‘at risk’,” Dorothy Bennett, a scientist at University of London said in comments issued by the Science Media Centre.

Skeptics wish to emphasize that these results should not have tall people worrying about contracting cancer. I agree. Scientific inquiry into everything has value on many levels, but causing unnecessary stress is not one of them. Nobody wants or needs to have the risks associated with uncontrollable traits hanging over their heads, yet science shows what it shows; what can we do? It’s a tough situation really—an access to truth, yes, but unpleasant findings nonetheless. My feeling is just be grateful for the information so that you can monitor yourself throughout your lifetime as you age, and perhaps an inspiration to pick up the health regimen a bit. Hey, we can all do better than what we are doing now, and I even believe that striving for and achieving better fluctuates constantly throughout our lifetime too, so now is as good a time as any. If you are tall: start juicing, get lots of vitamin D (yes, even in the face of these findings on melanoma – adequate sun exposure is waaaaay more important than any melanoma fear, just sun smartly), take omega 3’s, drink lots of water, eat moderately, sleep plentifully, and so on, and you should be fine.

And before Bobby Brady gets too big for his britches, understand that shorter people were not found to be without risk—they just had a lower risk, but risk all the same. So people of all shapes and sizes need to take part in the same behaviors I have described above. Listen these are good habits no matter who practices them, and frankly, I would rather spend my time focusing on all the health enhancing stuff I can do, and less worrying on which of my traits increases which risks. I mean, life is a freakin’ risk, darnit. Just do the right things and you should be fine.