Healthy Habits Are Essential in the Age of Covid Is Higher Mind What Makes You You?

Body, Mind and Spirit: Who Creates Who 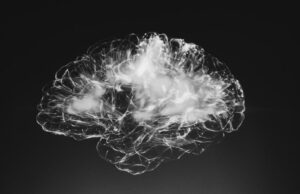 From where do your thoughts come? Have you ever considered it? What makes you see the color red; what makes you distinguish one shade of red from another, and how would you describe it to a person who doesn’t? What is responsible for your palate? If you have no taste for fish, does your friend who loves it taste something different, or do you taste the same thing but you just don’t like it? Why have people different political opinions – isn’t doing the right thing simply common sense? Or different musical tastes, clothing, what people find attractive in others, and so on? This is the realm of the mind-body problem, which seeks to answer whether we are purely physical beings, purely mental, some combination of the two, or something else entirely. This question has existed in some form dating back to ancient Vedic philosophy; the Buddha discussed it, as did Plato, Aristotle, Avicenna, and of course most famously, Rene Descartes.

Descartes believed that the mind and the body were separate things. The body being part of the material world is in the realm of physical matter. The mind, on the other hand, belongs to the non-physical mental realm – the realm of thoughts, beliefs, sensations, and the soul. Both body and mind, according to Descartes, were separate entities acting on one another. His philosophy today is called Dualism and it considers mind and body to be distinct yet closely joined. In other words, even though they are different fundamentally, mind and body do act on one another.

So what do you think – is there a real distinction between mind and body? Can you touch your ideas or beliefs? Can you change your body – your skin color, how much insulin you produce, how curly or straight your hair – the way you change your mind? And if mind and body are different, how do they act on one another. What is the mechanism of thought to action, like getting up to go to the bathroom? Where in the brain does it happen? And how can you and I share essentially the same machinery – same neurons, same neurotransmitters, same physiology – yet have totally different tastes, perceptions, and experiences? This is a problem for Dualism, in fact, it is known as the hard problem of consciousness.

The Conscious Mind: In Search of a Fundamental Theory (Philosophy of Mind) 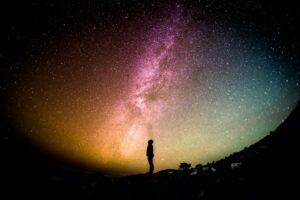 Dualism, like all things, has an opposition. Monism believes that there is only one primary substance, all else derives from it. Now before you think it’s as simple as that – Dualism, two substances; Monism, one primary substance – understand there are different views on which substance is primary. Physicalists (or materialists, remember these folk?) believe that the primary substance is physical – that is, everything can be reduced to physical matter. To the physicalist, brain and mind are one and the same. What we consider the workings of the mind are simply neurochemical processes of the brain, and although we do not know exactly which processes lead to subjective experience (the hard problem), or where to find them, a physicalist believes we will ultimately come to know them, and when we do, very likely we will find that consciousness is reducible to a physical process.

Another type of Monism is called Idealism, which believes that the primary substance is mental, and matter can only exist to the extent that it is perceived by the mind. Even time and space only exist in the mind, according to idealists. Idealism, derived from the Latin and Greek “idea,” is the belief that all things owe their existence to the mind, for without consciousness how could anything be perceived at all.

Neutral monism is yet another type of primary substance belief, which see both physical and mental as part of the same unique, distinct stuff. A sub-group of monism is Dialectic Monism, also known as Dualistic Monism, which states that reality is ultimately a unified whole, but expressed in dualities of complementary polarities, which, while opposed in the realm of experience and perception, actually exist together as inseparable pairs.

So how would these potential realities impact your life? What would they imply about the unfolding of your experience? What would be the implications for your health, your wealth, or your success or failure in any area of your life? We know the mind acts on the body and vice versa. We know that lack of sleep can severely diminish mental acuity, that healing is affected by our outlook, and that placebos work. We are told by accomplished people that “success” and “wealth” are nothing more than states of mind. So, clearly, Descartes was right that the mind and body are intimately tied – there is simply no denying their dual existence.

And from where do our thoughts come? Are they simply neurochemical processes? How are we such vastly different people, not in our machinery, but in our input-output, in our immaterial minds? Our wiring, or neural pathways, is certainly one piece of the puzzle, but what determines that? Why aren’t twins exactly the same? Can DNA account for the parts of us that we can barely understand in and of themselves, like consciousness for example? What about purely subjective thoughts like who we find attractive, or what ice cream flavor we like, or our political leanings? What about our values – that which drives our perceptions, behaviors and actions? Can all this be explained by neurology, biochemistry, and genetics?

It is, of course, possible that the infinite complexities of the mind are reducible to purely physical processes. It is also hard to refute the Idealist argument that nothing exists outside of consciousness, for perception is indeed somethingness (Descartes was right again). So it is possible, as well, for consciousness to be the primary substance, of which our thoughts would be principal, and so perhaps it would be more appropriate under these conditions to ask from where come our bodies. 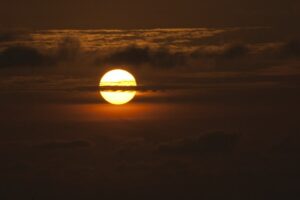 But finally, it opens the possibility of mind and body to exist as polarities of emergent properties from a more primary substance. Many philosophies including Advaita Vedanta and Taoism are monist, with even the monotheistic religions having strong elements of monism. One cosmology I find interesting is that of the Neo-Platonist, Plotinus. In his metaphysics, all things in existence emanate from The One, the primary substance. As the self-caused creator of being, The One outwardly emanates the Nous (intelligence), which then outwardly emanates the Souls, the principle desire for external objects, which then outwardly emanate the Forms (matter).

The mind-body problem has engaged our greatest thinkers for millennia, and I do not foresee the debate being solved anytime soon. I have presented this article to you as an opening to ponder questions, which I believe, can help you live your best life. Believe it or not, these age-old questions underlie our most basic belief systems, and thus the way we perceive the world and ourselves. Seriously, think about the questions I have posed – think about them rigorously, and think about them lightly; toss the ideas around with your friends. I assure you the more you think on the subject, the more your mind will open to ideas which only you can have. Whether because of genetics or a cosmic emanater, you will see your mind stretch to new dimensions with these meditations.