Is Higher Mind What Makes You You? 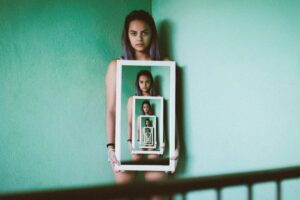 When you speak of yourself, to which you are you referring? Is it your body, your mind, a combination of the two, or a mix of many things? A physicalist might say it is your unique nerve bundles and pathways, how you developed relative to your environment, and how you perceive sense data that makes you you. John Locke, the English philosopher, believed you were a collection of your memories of your experiences. That sounds reasonable…until you consider amnesia. Although rare, cases of thirty-year amnesiacs regaining their memory do occur. Were they not themselves for thirty years? If not, who were they?

These questions bring us back to the subject of dualism and monism. Self-identity is one of those topics that require a conception of what might be the source of “I”. Remember, physicalists believe that everything in the universe is ultimately made of matter; everything is reducible to a physical process, even what we call mind. Memory is brain function, nothing more. As are behavior, emotion, and cognitive tasks, like computations, planning, and decision-making. But what about the more abstract processes we attribute to mind, things like belief, meaning and values – are these also neuro-chemical processes? Where are these processes carried out; what is their mechanism? To date, there is no evidence of a central region of consciousness in the body, or elsewhere for that matter. Rene Descartes believed that the central region of consciousness was nowhere at all. That’s something to ponder.

It is true that we can attribute many mental processes to neurological function. Take vision, for example. Light reflecting off objects enters the eye through the transparent covering called the cornea, is focused by the lens and projected onto the retina. The retina is a transducer which converts the light into neuronal signals, which then travel to the brain via the optic nerve (cranial nerve II). Vision is only one way in which we perceive the external world; another is sound, another touch, another taste, and even another is smell. So we take in a number of sensory stimuli and produce a complex picture of the world around us. But is this everything there is to perception? 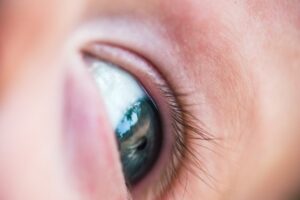 Often when we discuss perception we refer to meaning. It is not enough to sense the world around us; we also apply meaning to everything we experience. Meaning is a complex attribute that receives input from beliefs, values, memories and emotions. Is this also reducible to physical processes? What about belief – is there a brain function we can call the Santa Claus belief process, which could explain the belief in Santa Claus in all children who do so? For us to determine that indeed a brain process is responsible for this belief, we would have to see the same process in most, if not all, Santa Claus believers. And values – those elements of us which drive our decisions, actions, and behaviors – which brain functions create them?

Conundrums like these make it difficult to imagine that all mental processes have physical foundations. I believe we can safely say that any mental function which is clearly attributable to a brain state, like simple sensory perception (or speech recognition, word formation, and impulse-control), would be a brain function. We can call them functions of lower mind. This designation is not intended to make a value judgment on importance or value, but instead to delineate between the tangible, material, and objective processes that we can observe and record from the abstract, intangible, subjective processes which we cannot, but which seem to exist if even just by illusion. The latter processes we can call functions of higher mind. 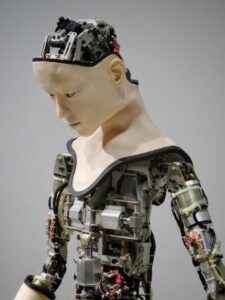 Higher minded processes cannot be observed or recorded. The perception, or meaning, of these processes can be discussed on an individual basis, making them subjective, but we see no observable brain states associated with them. I have already provided the example of belief. What about perception itself? Sense-perception is only one element of experience-perception. How we process an experience requires a number of inputs. But more importantly, we can change our perspective and thus change the subjective meaning of an event, person or thing without any observable change in brain state. It is as if something else must be responsible for these functions.

Former Professor Emeritus of Physiological Science at UCLA, Valerie V. Hunt, a thirty-five year professor of kinesiology and researcher on movement behavior, body image, and neuromuscular organization of human movement, also dedicated much of her life to the study the mind as an energy field and its influence upon human consciousness and behavior. In her book, Infinite Mind: Science of the Human Vibrations of Consciousness

Infinite Mind, Science of the Human Vibration of Consciousness, she explains higher mind in great detail.

There are growing neurological observations showing that electrical stimulation of the anticipated brain regions did not activate what was considered to be the higher mind. There is no neurophysiological research which conclusively shows that the higher levels of mind are located in brain tissue. Although some level of awareness occurs in the brain, higher levels of consciousness have not been found there. Consciousness appears to be on a continuum from material to non-material reality in which the mind is always involved, sensing, non-material happenings primarily, while the brain taps the material ones. People can remember what happened when the brain was dormant or asleep under anesthetic. Penfield found that during medical anesthesia the human mind continued to work and remember in spite of the brain’s inactivity. Acute awareness also occurred for comatose patients. It is the mind which experiences, and it is the brain which records the ‘experience’. The mind is independent and contains the will of man. The mind is the stream of consciousness. Neurotransmitters are not to be misconstrued as the source of higher mind function. The higher level of mind seems to be outside the domain of material reality as we have been able to measure it. The mind is more a field reality, a quantum reality or a particle reality. The mind is unique from the brain. The mind experiences non-physical reality. Einstein stated that the only reality is that of energy organized into fields. The mind is a field. The long undetectable energy of the human mind springs from the electron energy of the body’s atoms. The mind field is a superconductor. The mind energy is recycled in the environment. Electromagnetic energy waves or fields constitute information and describe the mind. The mind is infinite. It can be everywhere. It could be here or there simultaneously. It is embedded in a larger mind of the planetary ecosystem. Tumors or poor circulation do not affect higher levels of consciousness, only the lower minded levels. Abstract experiences and thought do not rely on the function of sensory nerves. 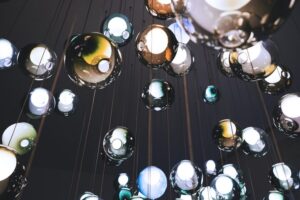 Can you now see why these issues of mind, body, and self-identity have confounded thinkers for centuries? What is responsible for our higher-minded functions? Is it a part of the “me” and “you,” or is it something distinct? And what exactly is responsible for our thoughts, desires, fears, ambitions, sympathies and compassions? Is this something, this higher mind, in complete control of the physical and lower minded us, making us a form of “God-puppets,” or is higher mind accessible to us? I happen to believe our higher minds are individuated, accessible parts of us. Professor Hunt could be correct that higher mind is an energy field. Or Descartes might be correct that higher mind is nowhere at all to be found, and certain elements of Taoism might even support this notion. But it can hardly be argued that higher mind is separate from us, as higher mind clearly necessitates individuation to account for the varied personalities, subjectivities, and perceptions of “I” in the world.

How do we access higher mind? And what does it mean precisely to access higher mind? I will save these questions for another post, but I will say that if higher mind is what we, in fact, call our higher-minded, abstract mental functions, then it would most certainly have influence on our decisions, creativity, innovation, inspiration, art and music, mathematics, technology and philosophical understanding. Anybody wishing to enhance any or all of these areas would certainly care about, and welcome, accessing their higher minds. I have been teaching courses and providing individual consulting on ways to access higher mind to enhance one’s life experience. If you would love more information, please contact me.