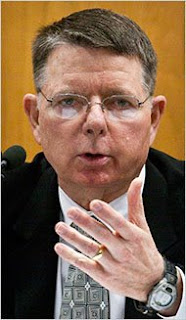 A doctor well-known for performing late-term abortions was shot and killed at church early this morning. Dr. George Tiller of Wichita, Kansas ran and operated one of only three late-term abortion clinics in the country. According to reports, he was shot dead at around 10 am Central time in the lobby of his church. The shooter has yet to be identified or captured.

Dr. Tiller has been the frequent target of anti-abortion organizations, and this isn’t the first attempt on his life. He was shot in both arms back in 1993, the shooter being convicted of attempted murder, and his Wichita clinic was bombed at least one time. Dr. Tiller was recently acquitted of charges that he had performed late-term abortions that violated state law. Kansas law allows late-term abortions when two independent doctors agree that a woman would suffer irreparable harm by giving birth.

Dr. Tiller was a controversial figure, being the subject of many efforts of prosecution by groups such as Operation Rescue–an anti-abortion organization. A spokesperson from the group denounced the killings, saying,


“Operation Rescue has worked tirelessly on peaceful, non-violent measures to bring him to justice through the legal system, the legislative system. I’m a tireless advocate and spokesman for the pre-born children who are dying in clinics everyday. Mr. Tiller was an abortionist. But this wasn’t personal. We are pro life, and this act was antithetical to what we believe.”

But leaders of abortion rights organizations expressed outrage. They point to the fact that Dr. Tiller was one of the only doctors in the country to perform late-term abortions to save women whose were at risk from the pregnancy and/or childbirth. They stated that it will now be even harder for women in need of these late term terminations to get the care they need.

All I can say is this world is getting crazier by the minute. I sometimes hear that it’s just our access to massive amounts of information that make these crazy occurrences seem like they are happening with greater frequency, but I’m not sure about that. I really think sometimes that large numbers of people are teetering on the edge of insanity. Maybe modern technology does increase the likelihood of these events happening, as well as our ability to hear about them; but this recent killing is just another attempt of people trying to control how others live. It’s all a part of the same stew. Just whacked. My condolences to the doctor’s loved ones. May Dr. George Tiller rest in peace.

One Response to Abortion Doctor Killed