TV Comes Between Parent and Child 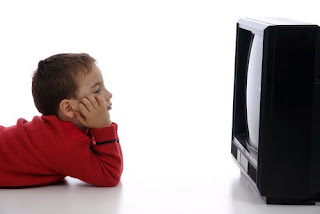 Want a developmentally-stunted child? Then keep the TV on. Want to be a mentally-absent parent? Again, keep the boob tube running constantly. In fact, if you want to hinder your child’s development to the utmost, then just put the kid in a playpen, leave the TV on, and do your thing, baby. That’s the way.

Damn, that’s hard Campos. No it’s not. The data is out and it’s conclusive: TV makes people stupid!!! Sorry.

Here’s the latest: A team at the University of Massachusetts observed about 50 children, aged 1, 2 and 3 years, who were with a parent at a university child study center. For half of a one-hour session, parents and children were in a playroom without a television; in the other half-hour, parents chose a program to watch.

The researchers studied how much verbal interaction there was between parents and children, whether parents were actively involved in their children’s play, and whether they responded to each other’s questions and suggestions.

The study authors found that while the TV was on, parents spent about 20 percent less time talking to their children and were less active, attentive and responsive to their kids, resulting in a decrease in the quality of the interactions. 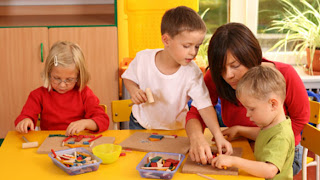 This study is important, researchers say, since more than one-third of American infants and toddlers live in homes where the television is on most or all the time, even if no one’s watching. This study challenges the popular notion that television doesn’t affect young children if they are not watching the screen. Wrong! It doesn’t take a rocket scientist to understand that parental interaction is imperative in child development. And this study just reinforces how television pulls parents’ attention away from where it is needed the most–the children. So turn off The View ladies (and ESPN, gents), and keep your attention on the kids–they deserve it!

*More info on how TV affects your child.