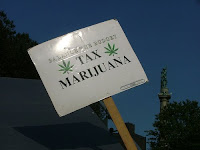 This just in: The City of Long Beach is considering taxing medical marijuana.  Joinks!  Taxing pot?  Is that ethical?  Don’t know, but a public hearing to put this issue on the ballot for November was passed by the City Council 8 to 1.

According to the L.A. Times, medical marijuana collectives are looking at a possible 5% tax if the measure passes.  This could help a cash-strapped Long Beach put a dent in its $18.5-million deficit. 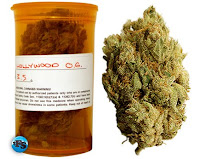 But medical Mary Jane proponents are throwing up their arms in protest.  They argue that marijuana is medicine, and exempt to tax as are all medications.  Hmmm…good point, stoners.  Counter point.

Oakland is one city already taxing chronic clinics, and Berkeley, Sacramento and San Jose are considering similar measures that would tax collectives 2.5% to 5%.

“We tax alcohol. We tax cigarettes. Why wouldn’t we look at taxing marijuana?” said Councilman Patrick O’Donnell. “We’re turning over every rock to find new revenues, and under one of those rocks may be marijuana.”  Oooh….nice comeback.  Stoners.

If a tax must be enacted, Americans for Safe Access (the nation’s leading medical marijuana advocacy group) spokesman Kris Hermes said, “the tax burden should be removed from the patient to the extent possible.” 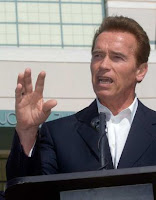 Well, I must admit I am miserably in the middle on this one.  I do think marijuana should be legal–both for medicinal purposes and for recreation (see my surefire get-elected-to-Congress plan here).  And I also think it should be taxed, like booze and tobacco.  But it is pretty hard to argue with the point that other doctor prescribed medicines are tax exempt.  In that situation…sorry, rigid-rectums…but I gotta side with the stoners.  Bottom line: marijuana is a prescribed drug, benign when compared to the likes of Vicodin and OxyContin, so…gotta give it equal protection.

As it turns out, if Proposition 19 to legalize marijuana for recreational use passes in California this year, a 10% tax (on pot dispensaries) is likely to be levied.  And good–’bout time this damn puritanical society got with it–legalize pot and earn off this cash crop.

(Dusting off hands) There ya go: simple economics–everybody’s happy.  Now was that so hard?

One Response to Weed Tax