Exercise In, Genetic Excuse Out

Short and sweet.  I’ve never bought the bull that obesity is genetic.  Too easy, removes personal responsibility or accountability, and dishonors all overweight people by telling them its beyond their control.  I make the point in my book, The Six Keys to Optimal Health, that even if genetics has a role in obesity, one is still bound by the laws of physiology–more calories in than out…weight gain; more calories out than in…weight loss; equal calories in and out…maintenance.  Gene or no gene, that’s the truth. 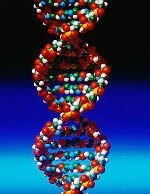 Researchers looked at over 20,000 people in Norwich, England and focused on genetic variants known to increase the risk of obesity.  Most people had inherited 10 to 13 of these variants from their parents.  Those obesity inheritors that exercised had 36% less weight gain per genetic variant than sedentary inheritors, and each additional obesity-susceptibility variant increased the odds of obesity by 1.1-fold.   This risk, however, was 40% lower for active people compared to inactive people.

In a nutshell: Fat genes or not, exercise obliterates obesity.  No more excuses.

One Response to Exercise In, Genetic Excuse Out