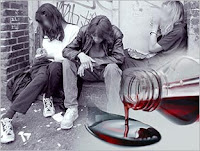 Ever been robotripping?  Know a teen that has?  If so, slap ’em across the head for me, “Hey stupid! Wake the hell up!”  Robotripping sends thousands of kids to the hospital every year.

Robotripping is drinking large amounts of cold medicine, more than 25 times the recommended dose.  It’s a way for teens to alter their state of consciousness.  Robotrippers jones for the active ingredient dextromethorphan, found in more than 100 over-the-counter medications, including Robitussin and NyQuil.  The drug gives psychedelic and euphoric effects at high doses; however, elevated doses can also increase blood pressure, heart rate and fever.  And some of the other ingredients added into compound can cause unwanted side effects, like liver damage from acetaminophen.  Doh!

So how many knuckleheads are robotripping?  2008 saw 8,000 emergency room visits linked to the pastime–a number up 70% from 2004.  Although FDA officials say the drug is not as widely abused as the painkiller codeine, it is more so than pseudoephedrine, a cold and allergy medicine ingredient that can be processed into methamphetamine. 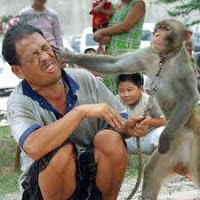 Ah well, I must admit that whenever I think I’ve heard it all, something comes along to make go, “What?!?!”  I have heard of kids drinking NyQuil to get high, but they were severely disturbed, going through withdrawals, and the cold medicine was all they could get their hands on.  Eight thousand kids being hospitalized for drinking Robitussin in an age when pot is practically legal for recreational use just blows me away.

Just goes to show you, no matter what you legalize, a new illicit substance will surface in its place because…well, it’s more fun to be naughty, apparently.

Slap a kid in the head if you catch him robotripping.  I will.