Hate to be the One that Tells You, but… Addicted to Evolution

The Yale University Rudd Center for Food Policy & Obesity report I discussed last post discloses the youth market-grab that soda manufacturers are carrying out in an attempt to secure future sales. For a product like soft drinks, it’s all about brand loyalty, and people set their preferences early on. The big guns in the current soda marketing campaign are Coca-Cola Co and Dr Pepper Snapple Group Inc, the report found.

Successful companies study their markets and invest in wooing their top consumers, something to think about if you (or your child) fall into one of the following categories: 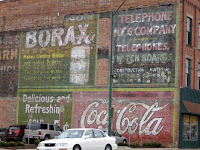 According to the CDC, 15% of children are overweight or obese, and no doubt in my mind that sodas are a major player in that phenomenon. Although I agree that sodas are not the stand alone cause of obesity, using that as a reason to dispute the validity of the above report makes about as much sense as excusing cigarette smoking for its role in lung cancer because air pollution is also a factor.
Susan Neely, Chief Executive Officer for the American Beverage Association said that member companies are “delivering on their commitment to advertise only water, juice and milk on programing for children under 12.”
But Yale’s Kelly Brownell, co-author of the report, says otherwise. He states that there has been a lot of research on the issue of marketing unhealthy food to children. Today’s report, he said, is the first that analyzed data from several firms, including Nielsen Holdings NV, to measure the full picture of youth exposure to marketing and advertising. He also said it is important to consider the online interaction children have with brands, especially since they tend to stay on computers longer than they watch TV commercials.

For anybody falling into one of these groups targeted by soda manufacturers–children, teens, and especially black and Hispanic youth–just understand how you are being wooed, and educate yourself on the risks of consuming large amounts of soft drinks. Understand that ingesting that much sugar (ten teaspoons per can) can lead to excessive weight gain, obesity, diabetes and other metabolic disturbances, as well as rotten teeth. And mind you that all of these body changes occur over an extended period, so just because you don’t see the physical effects happening right now, don’t think they won’t in time. Just take a look at some the adults around whom you might wonder exactly how they’ve morphed into what they have–and realize that could be just what you have to look forward to if you continue your soda habit.
I’m pleased this report has come out, although it’s nothing new in soft drink marketing. Makers of liquid sugar have been wooing kids from the start.  But now we are all watching.  We’ll see where it goes.