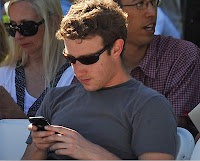 Are you addicted to technology? How about social media? It’s a real thing, you know–virtual monkey on the back. Here are the sure signs you are addicted (at least according to one author who has written a book called “The Digital Diet” about when too much is not enough): 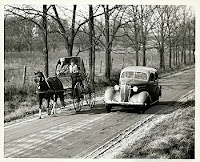 The author Daniel Sieberg says that some people even create status updates or tweets in their heads when they are experiencing things (Who doesn’t?).  He says, “It’s as if they have lost the ability to live in the moment, and have become conditioned to feeling that they have to instantly share it electronically while it is still going on.” 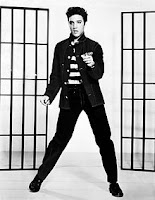 Ha ha ha…I am only posting this to take enjoyment in what is a natural response to all new and world-changing phenomena. Whether talking about the light bulb, television, rock & roll or the internet, there will be some people that focus on the downside, freak out at where it’s leading us, and perhaps even try to prevent the change from happening.
No doubt that every phenomenon has a negative side. In our new technological world, where information is just a mouse-click away, of course, there will be some detriment. And whenever our brain processes something as pleasurable, like multiple responses and comments on social media sites, it will release dopamine, the neurotransmitter “associated with the reward system of the brain, providing feelings of enjoyment and reinforcement to motivate a person proactively to perform certain activities.” 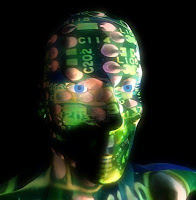 Dopamine is released in response to experiences such as food, sex, drugs, and neutral stimuli that become associated with them.  It is believed that this system is responsible for the physical aspects of addiction. So in that regard, there is no doubt some people will struggle with the symptoms of addiction in the early years of the social media explosion.
Saying that, Mr. Sieberg, there is nothing in need of changing.  As I’ve said before in this blog, the human species will continue to evolve with machine–that is, with our informational systems. This symbiotic growth will not be stopped, so striving for separateness from our cyber-existence is futile. And why would we want to? Sure, neglecting your family for Facebook is lame, but for some it’s welcome refrain from family strife and tensions. Some people that are isolated socially from the real world, find acceptance and a forum for their thoughts on social media. You see, it all depends on which perspective you are looking from.
So don’t fear your relationship to social media–I guarantee no matter how absorbed you are now, it will even out over time. And if it doesn’t, so what? It just means you’re popular…in cyberspace.
Copyright © 2013 Dr. Nick Campos - All Rights Reserved.