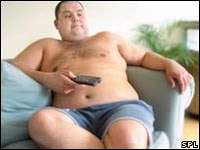 The human obsession with easy has reached an all time high. It appears as if hard work is as passé as Paris Hilton. Now it appears that getting in shape the old fashioned way–with lots of pain, sweat and tears–is a thing of the past. So says a recent report out of the Salk Institute for Biological Studies in La Jolla, California.

According to researchers, a gene responsible for regulating the effects of exercise–increased metabolism (fat burning) and lasting endurance–has been identified. On top of that, the same researchers have produced a couple of drugs that can mimic those effects. They have dubbed their findings, “Exercise in a pill.”

The genetic mechanism of exercise uncovered by this study is fascinating, even if I don’t agree with the conclusions. For instance, the researchers found that by giving mice the drugs alone (no exercise), they showed no benefits related to exercise. It wasn’t until the mice actually exercised that the benefits appeared. They found that mice who were given the drugs and exercised, even just a little, reaped huge metabolic rewards–they increased their endurance by 77%. They also found a decrease in blood glucose and free floating fatty acids–good news for diabetics and the obese. And, remarkably, they found that mice given these drugs stayed lean even when fed a high-fat diet.

The mechanism of this extraordinary process is the following: When we exercise we deplete our energy molecule, ATP. The byproduct of this depletion is another molecule, AMP. As AMP levels rise in the cells, they act as a sort of fuel gauge and tell the gene, PPAR-delta, to turn on. When this gene is turned on, metabolism increases telling the body to burn more fuel. Burning fuel, in the form of stored fat, creates more ATP. More ATP equals more energy and, as a result, leads to greater endurance. That’s the way the body works during high activity. Fascinating, isn’t it? But now with the help of two new drugs, GW1516 and AICAR, scientists can mimic the effects of exercise.

Here are some things to think about: First, the whole process works only when ATP (energy) levels decrease. This happens solely through high levels of activity, like exercise. That’s precisely why researchers got zero effect in the non-exercising mice. No exertion, no lowering of ATP, no turning on PPAR-delta, and thus, no metabolic or endurance effects. When they made the mice exercise, though, the whole process was turned on, and the physiological benefits occurred. So the idea, according to the study’s conclusions, is that people who “like exercise” can use these drugs to boost what they are already doing–a sort of doping for amateurs, while obese people, or people who “don’t like exercise”, can use the drugs for benefit with minimal activity. Remember, some activity must occur for the physiological cascade to happen.

The reason I said I do not agree with the conclusions is that I know of nothing in the universe which is free. No free lunch. Whenever man thinks he has got the upper hand on Mother Nature when it comes to human functioning, he gets slapped in the face with a dose of reality. Antidepressants are not risk free, nor is Viagra, and I promise you, neither will be “exercise in a pill.” My guess is that the whole purpose of this cellular process of energy repletion is to act as a self-regulating feedback mechanism. It’s a part of the Innate Intelligence of the body. It knows when to turn on, when to maintain, and when to shut off. And it does so because I’ll bet it is of a distinct disadvantage for this process to be turned on at all times. So why would we want to have the process turned on for longer than the body deems necessary, obese or not obese? I’ll bet that by manipulating the gene with drugs to turn on PPAR-delta in the absence of heavy exercise will have some deleterious consequences, but, I guess, only time will tell. Anyway, the drugs are not on the market yet, so I’m sure there will be further testing and we’ll just have to see.

I just never understand why we’ve got to rely on training wheels to get a job done that can be taken care of through our own efforts. Hey, I get the concept of convenience–I like paying for my gas at the pump, too, instead of walking all the way over to the cashier’s window. Who doesn’t? But to take a pill so I can get the benefits of exercise without actually exercising is like, well…masturbating. I guess it’s OK but…I prefer the real deal. I’m weird like that. I mean, imagine inheriting a fortune…or being Gerald Ford…or getting the job simply because you’re the boss’ son. I don’t know about you but I personally don’t see the satisfaction in that. I can appreciate, however, that I’m probably in the minority on this issue. So, all in all, I figure that when these drugs finally hit the market they’ll be huge. But we’ll have to wait and see what price they’ll bring with them.