The Importance of Core Sex Trap

What’s the best way to combat an obesity epidemic? Have insurance companies–or better yet, the government–pay for gastric bypass surgeries. You heard me right, let somebody else pick up the tab for one’s disregard. At least that’s what some crackpot lawmakers want to do.

According to a recent story, the obesity epidemic may throw a wrench in President Barack Obama’s universal health plan. I couldn’t agree more. Throw in a few professional patients, and a few more prescription drug addicts, and I think the President’s plan is in for a world of hurt. How do I know? Because that’s exactly why health care costs are currently out of control. We’re all paying for the “sick care” of the relatively few.

But fear not–one New Hampshire politician has it all figured out. Turns out all of State Senator Bob Clegg’s health troubles went away following his gastric bypass surgery in 2007. The surgery helped him deflate from a whopping 380 to a respectable 240 lbs. Not bad, Senator, not bad. So he believes this must be the answer: Government funded gastric bypass–or at least have the surgery covered by private medical insurance. He’s so convinced of it’s effectiveness, that he authored a bill in January 2008 requiring New Hampshire insurers to offer surgery as a treatment option, just as the state’s Medicaid program for the poor does. Apparently other states are looking at the “Live Free or Die” credo of New Hampshire and taking it literally. But to take it one step further, some think that the law should be extended federally. 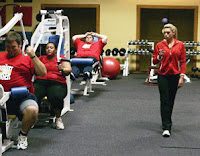 All I can say is, “Oy vey!” Senator, Senator, Senator…you are wrong, dead wrong. Why should taxpayers pay for an elective surgery? Let me be frank, sir: Obesity–despite what some enablers in the medical and psychology field may wish us to believe–is not a disease. Not. It’s a condition. One that is mainly the result of lack–lack of information, lack of understanding, lack of discipline, lack of responsibility, and lack of accountability.

In my book, The Six Keys To Optimal Health, I say very clearly to people battling their weight, “You have the power to overcome obesity; it’s in you.” I also say run–don’t walk–away from anybody who tells you that you are not in complete control of your weight. Run! Run from New Hampshire, and run from Senator Bob Clegg cuz’ that man’s dangerous. Implying that obesity is a disease that needs surgical intervention* (paid for by you and me in taxes and insurance premiums) is the road to hell. Here’s the laugh: Clegg’s impetus to pull the wool over New Hampshire’s eyes was that he had to pay $20,000 out of his own pocket. His rationale: he’s saving the state $3,000 per month in doctor’s visits. 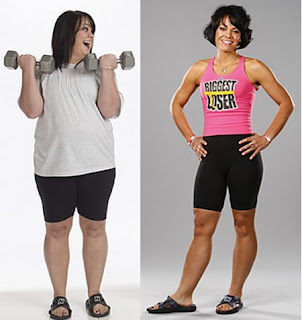 Hey, I’ve got no beef with that…if it were reality. But it’s not. Clegg could have lost the weight himself through diet and exercise. No? Don’t think so? Sorry, The Biggest Loser proves it. That T.V. show has single-handedly buried any hope for the “I just can’t lose weight no matter what I try” set…definitively. Have you seen the show, Clegg? It’s incredible. Slap in the face of perpetual victims. If anybody reading this hasn’t seen Biggest Loser yet–one of the best shows on T.V. as well as an unexpected public health phenomenon–you simply must. If you can’t stomach T.V., then at least check out the website, especially the before and after photos. Disease my arse. The contestants of the show do it purely with diet and exercise–the only way to lose weight effectively. I hope the former Senator’s dangerous bill gets no farther than New Hampshire.

**Thank you to a great client and regular reader, Kelly D.