According to the latest numbers from the Centers of Disease Control (CDC), 2007 saw another rise in syphilis cases–the seventh year in a row–driven by homosexual and bisexual men. Chlamydia has reached an all time high, and gonorrhea is still way up. Blacks are disproportionately affected. Although the black population is only 12%, they make up 70% of gonorrhea cases and almost half of chlamydia and syphilis cases. Black women aged 15 to 19 have the highest rates of chlamydia and gonorrhea, and gonorrhea rates for blacks overall were 19 times higher than for whites, the CDC reports.

Untreated chlamydia and gonorrhea can cause pelvic inflammatory disease (PID) and ectopic pregnancy in women–unfortunate since both bacterial infections are preventable, and treatable if found early enough. 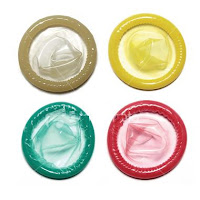 Syphilis infection is up 81% since 2000. Damn! Sixty five percent of all cases are among gay and bi men. as I reported in this blog back in 2007, many infections are the result of HIV+ men having unprotected sex with other HIV+ men. The idea behind the practice is, “Hey, you’re +, I’m +…let’s party.” But gentlemen, have you forgotten?…the syph? Bad, bad stuff, man.

Here’s the bottom line on all the above STDs–condoms are critical. It’s that simple. Unless you’re in a committed, monogamous relationship (married?), then you better wear the glove, period. Any practice other than that is plain stupid.