My Gift to My Family Health Care Oversight 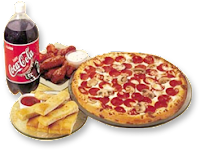 I don’t mean to be obnoxious…well, OK, yes I do, but I couldn’t help but notice today while lunching at The Cheesecake Factory the young girl at the table across from me enjoying a pizza (a large one solely for her) and a very large coke. Wow! As I watched this intriguing display of gluttony, I wondered: Health officials are really banging their heads trying to figure out the childhood obesity epidemic? Duh!!!

I, for one, do not blame the makers of junk food for the epidemic–temptation is all around all the time; discipline is a virtue. So I don’t really applaud any research that proves junk food leads to obesity, like the latest study out of Columbia University and UC Berkeley, which showed that fast food restaurants near schools increase obesity rates. You don’t say. That’s where our research dollars are going? And do you think video arcades near schools lead to more sore thumbs? May I repeat–Duh!!!

Even worse is that the esteemed opinion of the researchers is that banning fast food restaurants will decrease obesity? Will it? Not without also banning Doritos, or Pop Tarts, or Dominos, or Frosted Flakes, or wait…how about Coke?!?! That’s right, is the government ready to ban the biggest culprit of obesity in the modern world, soft drinks? Seeing that Coca Cola is one of the biggest companies on the planet, I doubt it.

Fast food is the new tobacco. Like smoking yesterday, indulging in fast food is getting blasted from all angles. Instead of calling it like it is–an educational issue, an upbringing issue, a cultural issue, a discipline issue–let’s just play victim and blame the fast food itself. People don’t get fat, buckets of chicken do.

It’s not that I am so enthralled with fast food that I must defend it, or the businesses selling it; I just don’t like the government stepping in and minimizing my choices of eateries. I don’t personally make Taco Bell my first choice in grub, but I’ll eat it in a pinch. And it’s not like there’s no benefit to fast food. You know if you’re starving and have very little time, a Whopper will do–you know that. You know that if you are starving after your late night bar shift, you’ll eat a damn Big Mac–don’t lie to yourself.

So stop trying to feed me this useless science that says we need a ban on fast food. Maybe instead they can do fast food profiling like they do with antihistamine sales in pharmacies now (you know they do that, right?). Anyone entering Mickey D’s will need to give up his or her ID card and have their fatty-grub usage tallied. More than two visits per month and you’ll only be allowed the McSalad. Sound good? Yeah, not to me either. I guess we’ll just have to kiss the neighborhood KFC goodbye.

One Response to Fast Food Fascism