Does poor health result from too little medication in the bloodstream? Think about this, as it’s a philosophical question. You would think that this notion is the common wisdom by the way medications are consumed in this country, but our over-medicated culture is leading to some creepy consequences. Check out this tripper.

Scientists have found that fish caught near wastewater plants in five major U.S. cities contain residues of pharmaceuticals including cholesterol lowering drugs, antihistamines, high blood pressure medication, and antidepressants. This shouldn’t be any surprise to my regular readers as I reported on this nasty little phenomenon last year. 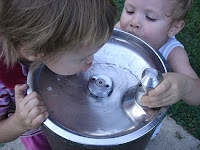 And from where are the fish picking up these pharma-residues? Why from human urine, that’s where. Gross, right? Americans consume so much medication that we are contaminating the oceans where we dump our wastes. And the organisms which habitate these ecosystems are bearing some of the brunt of our faulty (and foul) paradigm.
It is not lost on me that the drugs they found in fish mirror the drugs most commonly pushed on the American people. And if that isn’t enough to make your stomach turn, the EPA reports that trace amounts of pharmaceuticals have been found in our drinking water too.
So what do you think? Is your health so dependent on pharmaceutical drugs that you keep a constant flow of meds passing through your bloodsrtream at all times? Somebody’s is–just ask the fishes.
Copyright © 2013 Dr. Nick Campos - All Rights Reserved.