People Spend Where They Value Women, Please Help Me Understand 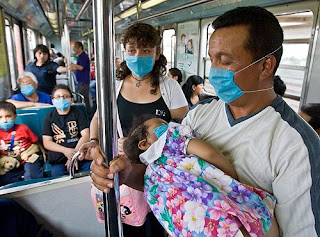 So here we go, what we all knew was coming: A deadly new flu strain–a variant of a swine flu–has moved up from Mexico found its way into the U.S. The never before seen flu strain has reportedly killed 20 people in Mexico and may be responsible for another 40 deaths. Mexico City has gone through a mass quarantine by shutting down schools and canceling public events in an attempt to prevent further transmission. In California, six people have already been infected, although the cases here appear mild so far. Nevertheless, the pig flu is here.

According to the World Health Organization (WHO), tests showed that the virus from 12 of the Mexican patients was the same genetically as a new strain of swine flu, designated H1N1, seen in eight people in California and Texas. This strain is being transmitted human-to-human, which is raising fears of a mass pandemic. Global health authorities, however, are not yet ready to declare it as such.

Analysis of the viral strain shows it to be a combination of swine, avian (bird) and human influenza strains. Typically, humans can catch the swine flu from pigs, but rarely is it transmittable to other humans. Not true of this strain, which is a human variant too–the likely reason for its transmission among humans. 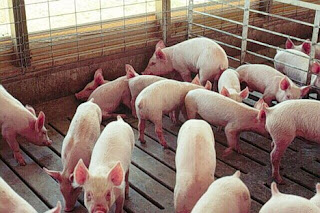 In Mexico, there have been 1,004 reported cases in Mexicali on the border with California. Most of the dead were between 25 and 45 years old, a worrying notion since the typical human flu endangers the very young or the very old. A hallmark of pandemics is that they affect healthy young adults.

The latest word from U.S. authorities is that it is too late to contain the swine flu virus–it’s here. On the positive side, the strain seems to be susceptible to the flu drug oseltamivir, otherwise known as Tamiflu.

Well, this is exactly what I’ve been warning against in my many posts speaking out against flu vaccination. I have always believed that a new flu strain outbreak was imminent; and I believe that people who just bucked up and caught the flu have hopefully been exposed to some elements of the new flu strain. No way to know for sure, but time will tell. It seems a best chance scenario to me anyway, since evolution takes time, and it is therefore possible that those of us who went unvaccinated and were exposed have encountered a degree of immunity to certain aspects of the human portion of this new deadly strain. Like I’ve said, only time will tell, but I prefer to take my chances with natural immunity (in this case) any day.