How Thin is Too Thin? 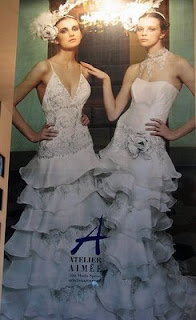 Mirror, mirror on the wall, which women are thinnest of them all? If you’ve guessed the French, then you’ve guessed right. Indeed, French women are the thinnest in Europe, according to new research conducted by France’s National Institute of Demographic Studies. The kicker, though, is that only half of them think they are too thin. So how thin is too thin?

Five percent of all French women are officially “underweight,” according to World Health Organization (WHO) standards. On the plus side, France is the only European nation whose women and men are both solidly in the normal weight category. But the proportion of overly thin women in France has long been the highest among all European nations.

The significance of this study is that it sheds light on what one culture sees as the norm with regard to body weight. In other European countries such as Britain, Spain and Portugal, women there tend to over-estimate their skinniness–that is, more women think they are too thin than actually are, according to the WHO standards. WHO uses body mass index (BMI) as an indicator for body weight. BMI is calculated by taking one’s weight in kilograms and dividing it by the square of one’s height in meters. The range of normal weight is 18.5-to-24.9.*

In France, however, only 50% of the women falling below 18.5 BMI think they are too thin. In that culture thin is obviously in. So while many European nations, and America, have a problem with obesity and overweight people, France has the opposite problem…and it is a problem.

We all know that anorexia is a health hazard, so France’s cultural attitudes toward weight perpetuate its own public health issues. The real scary part for the French is that despite being the thinnest women in Europe, many French women consider themselves “too fat.” For French women, “the body is related to beauty, and beauty to being thin,” said one of the scientists conducting the study

It just goes to show you that no culture is immune to body image issues. Too thin is unhealthy, and it doesn’t really look good, at least by health standards. But in France, it’s the look to go for. So I guess when you hear next how healthy the French are, keep this little fact in mind; they may be thin, but too thin isn’t necessarily good for the health.

*Check your own weight status on this BMI calculator (using British units weights).