Wake Up and Smell the Mirror 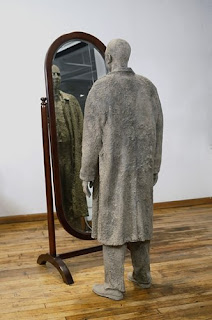 There’s a phenomenon happening in Asian medical care that mirrors our own practices, yet we seem too blind to see it. According to recent reports, doctors in Asian countries from Hong Kong to Indonesia are overprescribing drugs to patients that often don’t need them. And this overmedicating is driven by profits, experts say. You don’t say. Could that be the dirty little reflection staring “too expensive” American medical care back in the face?

“Polypharmacy (overmedication) is very popular [in Asia], it means they use a lot of medicines which are unnecessary, like giving you many types of antibiotics for a cold,” said William Chui, honorary associate professor at the Clinical Trials Center attached to the University of Hong Kong.

Well Dr. Chui, let me wake you up to a harsh reality: It’s not just profits that drive this practice–it’s a faulty paradigm. Health care based on primarily treating illness, while merely paying lip service to healthy behaviors, and shutting out these same practices from insurance reimbursements, maintains this polypharmacy madness. Think about it: Health insurers, which includes the federal government’s Medicare and Medicaid plans, only pay for symptomatic care. This perpetuates the myth that health comes from fighting illnesses.

No doubt, disease care is important; however, it is merely one aspect of human health. Denying all the rest–physical fitness, proper nutrition, regular bodywork, mental health services outside of psychiatry, and so forth–simply says, “It’s not necessary.” Do you think people get confused by this message?

The politicos talk a big game when it comes to health care reform. Wake up and smell the BS, America! Focusing on more of the same “health care”, just subsidized, is insane. Look at Asia if you can’t look at yourself. Put the finger back in its holster, American health care, or point the other four back at yourself; you wrote the book on medical over-consumption. But it’s a heck of a lot easier imagining you see Asia through a window, than recognizing it’s just a reflection in the mirror, now isn’t it?