We keep hearing about the obesity epidemic, but are chubby people really less healthy? Not according to Japanese researchers who have found that slightly chubby people live longer than their thinner counterparts. 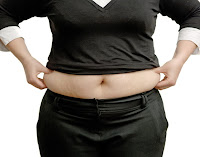 The study was conducted by a health ministry team at Tohoku University Graduate School of Medicine. They looked at 50,000 people between the ages of 40 and 79 for over twelve years in the northern Japanese prefecture of Miyagi. What they found was counter to the common wisdom: People who are slightly overweight at age 40 live six to seven years longer than very thin people. Even more startling is that very skinny people had shorter life span than even the obese–by five years!

“We had expected thin people would show the shortest life expectancy but didn’t expect the difference to be this large,” said Shinichi Kuriyama, an associate professor at Tohoku University. The prevailing thought among the researcher was that thinner people would have lower life spans because of underlying illness or smoking. The results remained unchanged, however, when eliminating those factors. The researchers believe the differences are due to thinner people being more susceptible to illness and having weaker blood vessels.

I don’t know about those conclusions but I will say that I’ve always endorsed a “natural” body type and diet. What I mean by this is that I see far too many people pushing their limits to become thin, with the belief that thin is more beautiful and more healthy. I’ve told many a washboard ab desiring client that “zero body fat just ain’t that healthy.” When fantasizing about that Men’s Health cover-boy physique, just know that those young studs are practically starving themselves for that shoot; but you can’t be that way year round. A little spare tire never hurt anybody, but maintaining zero body fat can–and here’s the study to prove it.

Saying that, I know that many of you reading this won’t take heed. You’ll still strive for zero body fat, and that’s cool–no biggie. Just know which contract you are signing because in the end nothing comes without a price.

Campos note: Before taking these results as a license to party, the scientists did conclude that the healthiest people were at their “normal” body weight. Going to town on the Ben & Jerry’s to plump-up a little is ill-advised. More important is that underweight people probably need to add a bit more weight. Again the take home lesson here is that too thin is not always in. Healthy and au natural is certainly better.