DJ AM Found Dead An Aspirin a Day??? 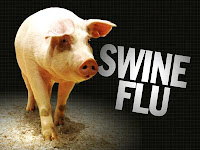 Listen up, people–get your swine flu shots straight away. Seriously. The U.S. government, along with the CDC, really, really wants you to be well. So they are reaching out (and I’m helping) through Facebook and Twitter to let you know–they care.

According to recent reports, the Centers of Disease Control and Prevention is turning to social networking sites targeting 50% of the population to spread the fear about the swine flu. The CDC reports that it is urging people to get their annual inoculations–three to be exact–one for the regular flu (the one that doesn’t work), and two for the swine flu (the one that could be dangerous). They would like you to know that despite 50% of health care workers in Hong Kong stating that they wound NOT be getting the vaccine–you should–because you’re American, and well, you’re dumb. 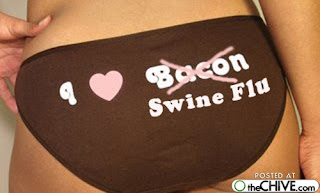 They also want you to know that despite the mild nature of the current swine flu spreading throughout the world, it COULD be deadly. And so in the event that it might…you really need to get inoculated. Please do not fixate on the fact that the vaccines currently in the works have not been thoroughly tested; and please do not spend too much time thinking about that silly little legal immunity thing granted to the vaccine makers–those are simply technicalities.

What is really important is that you are safe. The CDC and the U.S. government want you to know that in these certainly uncertain times, the only thing that is certain is uncertainty.

As I will be posting this on Facebook and Twitter, I certainly hope that I have done my part.