Got MRI? Get Surgery 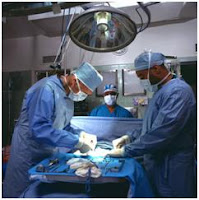 Listen up: Get an MRI, get a surgery–that’s the way it works. According to a new study published in the journal Health Affairs, researchers found that the greater the accessibility to MRI machines, the more likely a low back pain sufferer would receive one. And here’s the kicker: Those people getting MRIs were more likely to be recommended and receive low back surgery. Nice.

For the layman, let it be known that low back surgeries are notorious for not doing diddly squat. That’s right, they are useless in a large number of low back pain cases. As I point out in my book, The Six Keys to Optimal Health, low back surgeries are one of the two most unnecessary surgical procedures prescribed today (the other one is hysterectomies). You should also know that MRIs are waaaay overused by medicos. MRIs are not definitive: plenty of asymptomatic people (no pain) have disc bulges showing on MRI, while plenty of people with low back pain (symptomatic) have normal MRIs. What can we conclude? Bulges are not the end-all-be-all of low back pain causes; or in other words, that $5000 (I’m probably under-estimating here) scan your ortho is sending you for might be rather useless within the big picture. 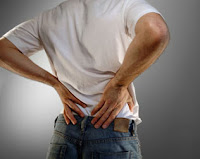 I don’t think this is merely a money game, not at all. What I really think this is a case of is modern medicine’s having a severely limited arsenal when it comes to treating low back pain. When it come to the lumbago, your medical options are:

The biggest problem in this whole mess is not the exhorbitant cost of this most-prdominant treatment protocol (these are the treatment options of choice for the majority of Americans), but instead how it’s crippling people. I speak from experience as my father has had two failed low back surgeries. I say failed because, after two times under the knife, guess what he still has? You’ve got it–low back pain! Oh he can walk alright, but we paid for that–you and me, suckers–because it also put him on early retirement and permanent disability. The surgeries…not the low back pain…just want to make that clear.

Notice you don’t see chiropractic referrals on that list of treatment options. That’s right, because god-forbid you should take that MRI $5000 and put it toward something useful. No, no, harumpfff, never. Good word, son…chiropractors hurt people. We’re better off maiming the poor bloke, wouldn’t you say? Keep it all in the family, you know.