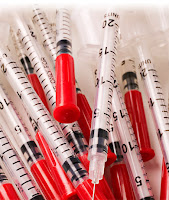 I know you think it can’t happen to you, cuz I’ve heard you say it. You’ve said that as long as you do them responsibly, steroids are totally safe. I heard you, muscle man–you told me so. And further, you’ve backed it up by telling me to prove it. Prove it that steroids cause physical problems–purely speculation, you said. Prove it.

OK, now I can: According to the most recent reports, anabolic steroids used by athletes and amateur bodybuilders can cause lasting kidney damage. New research presented at Friday’s American Society of Nephrology‘s 42nd Annual Meeting in San Diego, shows that men taking steroids for more than a decade had more severe kidney disease than men who were obese and not muscular.

Anabolic steroids are used by both men and women to increase muscle mass. They work by decreasing recovery time. So that 24 hours you and I need to recover from a workout aren’t needed by steroid users; these guys and gals only need a couple of hours, if that. They can hit it hard at the gym every day, several times a day. That’s how they get big. And the truth is that there has been no conclusive evidence linking steroid use to cancer, or any other disease for that matter. But now, unfortunately for steroid users, there is some proof.

How steroids damage the kidney is unclear, but damage them they do. Long-term steroid use can eventually lead to end-stage kidney disease, which requires dialysis or a kidney transplant. I have a client in my Beverly Hills chiropractic practice that is on dialysis. Think it doesn’t hamper his life? Guess again. Dialysis is every day, several hours of the day, forever. I don’t think it’s worth it, but you decide. 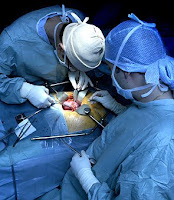 The good news is that the kidney damage caused by steroid use is reversible. In the study men who stopped using steroids, reduced their exercise and lost weight saw their kidney function improve. Nice. And for a few men, early medical treatment (medication) proved helpful. But researchers wanted to point out that steroid users in the later stages of kidney disease may improve some, but are left with chronic and irreversible kidney damage.

Something to think about.