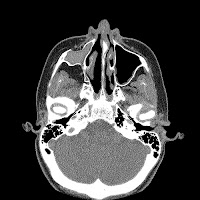 To radiate or not to radiate, that should be the question all doctors ask continuously.  Unfortunately the explosion of higher-sensitivity diagnostic imaging has some patients asking for them by name, a dangerous scenario as CT (CAT) scans are being implicated in increased cancer risk.

I have had my Los Angeles chiropractic patients ask me (more like passively demand) for an advanced imaging study, despite it being unnecessary.  Why?  Because doctors have been pushing them in the same manner they’ve been pushing antidepressants, statins and other drugs.  When doctors order CT scans and MRIs for every patient coming in with an ache or pain, regardless of how small, the public will start to think advanced imaging is a medical necessity.  Often it isn’t.  Here’s the skinny:

An article just published in the New England Journal of Medicine, discloses that X-ray computed tomography (CT) is being overused by doctors, and this overuse is leading to increased medical mistakes as well as increased cancer risk.  CT scans generate three-dimensional images of the inside of an object from a large series of two-dimensional X-ray images taken around a single axis of rotation.  CT scans use far more radiation than traditional x-rays, and their use has increased dramatically over the last two decades–for example, approximately 72 million scans were performed in the United States in 2007.  According to the report, 10% of the U.S. population gets CT scans every year, and that number is growing by more than 10% every year.

Increased CT scans is a concern not only because of the heightened cancer risk, but also because one of the main groups getting this type of mega-radiation is children.  The lifetime cancer risk for children receiving CT scans in non-negligible.  To put this into perspective:

In the United States, of approximately 600,000 abdominal and head CT examinations annually performed in children under the age of 15 years, a rough estimate is that 500 of these individuals might ultimately die from cancer attributable to the CT radiation. (via Wikipedia)

The good news is that the FDA and Congress are considering measures to prevent medical mistakes.  However, discretionary use is still in the hands of doctors, and I imagine the overuse of CT scans will continue as long as the fear of liability continues to loom over doctors’ heads.

Although MRIs use no radiation, their overuse is also epidemic.  I am of the opinion that this is one reason medical costs are out of control.  You can give every American double the health coverage, if doctors don’t stop using these imaging techniques indiscriminately, costs will continue to soar.

The way I handle unnecessary MRI requests is to explain that diagnostics should guide treatment.  For the most part, if knowing whether a spinal disk bulge is present radiologically will not change my treatment protocol (and it rarely does), then the study is unnecessary.  I simply remind the patient that MRIs are not cheap–they run around a couple thousand dollars–and even with the best insurance, the patient is responsible for the co-payment, which will be several hundred dollars.

You still want it, even though it’s not going to change anything we do here?

Some people just can’t be convinced; but I’m hoping the fear of developing cancer from unnecessary CT scans wises people up.  We’ll see.