Vitamins Do the Trick? Robotripping 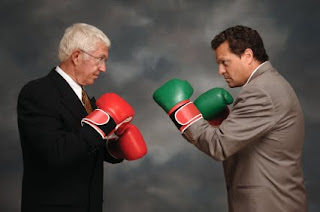 The fight over cesareans has gone international…and violent.  Two Italian doctors are being blamed for the botched delivery of a newborn that have led to complications for both the mother and son, after the doctors got into a fistfight in the delivery room.  Medical mistakes UFC-style.

According to reports, the mother Laura Salpietro, 30, had to have her uterus removed and her son, Antonio, suffered heart problems and possible brain damage following his birth last Thursday in a Messina, Sicily public hospital.  The two doctors, one a state hospital employee, the other a private doctor hired by Salpietro as a gynecologist, disagreed on whether the patient should have a C-section.  The disagreement turned to blows.

Sapietro’s husband, Matteo Molonia, said the fight delayed the C-section by over an hour leading to the complications.  This has become a big story in the country, forcing the Italian health minister to traveled to Sicily on Monday to apologize to the woman.

The fiasco is only one of a number of errors plaguing the southern Italian region infamous for its high rate of medical mistakes.  Not lost on me is one significant detail of the Italian health system.  Yep, you guessed it–universal health care. 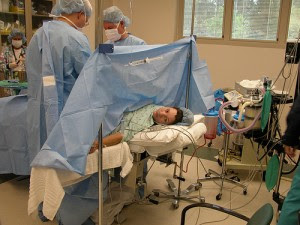 As a result of the entitlement-based system is an explosion of private doctors available to people that can afford them.  I have predicted the same to happen here in the U.S. if nationalization of our system continues to grow.  People that can afford it will hire private doctors to get around the inadequacies of government-run hospitals.  Just a conclusion of deductive reasoning, that’s all.

What has made this particular situation tragic is that the patient decided to have her birth in a public hospital with a private doctor present.  Duh!  I guess she learned the hard way that doctors can be territorial, literally and figuratively, and if she has followed common practice she would have given birth at a private clinic instead.

This story also highlights the dramatically high C-section rates in Italy in general, and Sicily specifically.  According to reports, approximately 38% of all births in Italy are done by C-section, more than twice the 15% recommended by the World Health Organization. In Sicily rates reach 52%.  In other parts of Italy, Campania–the southern mainland region that includes Naples– for instance, C-section rates have reached 60%. 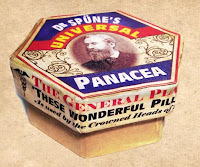 I have said in several posts, this is a major issue.  C-section are way over-prescribed, and experts believe the trend will continue.  Although many reasons for recommending C-section exist, most thinkers agree it is too high.

So keep your wits about you, America.  Don’t ignore the inevitable problems associated with universal health care.  It ain’t the panacea it’s being sold as.  If you can’t see the flip side from our friends in Europe, then you’ve let your blinders fall too far.  My condolences to the Molonia/Salpietra family–I hope it turns out okay.