Nocebo–Getting the Pain/Illness You Expect

Last post, I talked about the importance of both doctor and patients believing in the chosen treatment to most positively effect healing. The mind cannot be removed from the healing process—not the patient’s mind, not the doctor’s. Case in point: New brain research shows the effects of nocebo on the healing process. No, no, no…not placebo—the perceived or actual improvement in a medical condition from a sham or simulated healing intervention—the nocebo effect!

The nocebo effect is the belief that a person will either fall ill or experience pain, or both. This phenomenon was studied via sophisticated experiment where 22 subjects were zapped with a heat-beaming device onto their legs until they rated the pain as a 70 or more on a 100 point scale.

The researchers then hooked up an IV to give the subjects a powerful morphine-like painkiller remifentanil, which is typically used for surgery patients. It works rapidly but also is metabolized rapidly, so it was able to be switched on and off as researchers alternated between giving the drug or plain fluid.

The volunteers’ brains were scanned as they described how much pain, and pain relief, they experienced at different times. When the researchers induced the burn and clandestinely turned on the drug, the volunteers said their pain improved a fair amount. The painkiller was working, expectations aside.

But here is where mind took over: The researchers next told the volunteers they were about to inject the painkiller even though they’d never turned it off. Those pain ratings dropped even more—meaning expectations of relief doubled the drug’s painkilling benefit. 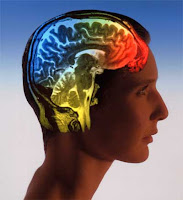 Finally, the researchers lied again, saying they were stopping the drug and that pain would probably increase. Sure enough, the volunteers’ pain levels soared back up to almost their pre-treated level as grim expectations canceled out the effect of a proven and potent painkiller. Anxiety levels fluctuated similarly.

Why? The brain scans showed changes in neural pain networks that prove the people really did experience the changes in pain that they’d reported. So essentially, the nocebo effect is getting the pain you expect.

Remember, as I said last post, the patient has to believe in the treatment. When a patient goes in expecting not to be helped, expecting to be ill, or expecting pain…well, they’ll likely get it. On the other hand, a patient believing that they will be well, that they will heal, or that a healing technique will work for them will actually set the healing process in motion.

I wrote an article a few years back describing what I call The Five Mental Blocks to Healing, where I described the five ways in which the mind acts as a saboteur in the healing process.  Uncertainty, not trusting the treatment or doctor, or expecting failure are some of these blocks.

Nocebo is a real phenomenon—I’ve seen it plenty in my office. I know when somebody (usually a heterosexual male) is in my office only because his spouse or children wanted him to come that he will probably have a retarded healing experience. Unless, of course, I get through to the person which, fortunately, sometimes I do.

If you are in a situation that needs healing you’ve got to seek and believe—seek treatment and trust the process, that’s all.