When giving health talks I usually ask, “What is health?”  I am amazed at some of the answers that seem to come up again and again.  The most common is disease or symptom free.  This answer comes up so frequently that, obviously, it’s what most people think, if they think about it at all.  Unfortunately, this definition or belief is probably what guides these people in their health decisions, whether consciously or not; and approaching health from this angle won’t always lead to wise choices.

The truth is that symptoms actually are health.  Think of your common cold symptoms–runny nose, sneezing, coughing, congested sinuses, fever, and night sweats.  Each one of these has a role to play in fighting the infecting organism: 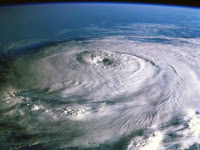 You can see that each one of these symptoms is the body’s way of protecting itself.  And every illness/disease has associated symptoms to return the body to homeostasis.*  So why associate symptoms with sickness?

It’s because historically–at least over the last 80 years or so–medical care has focused on relieving symptoms.  OK, that’s nothing new–we all know that.  However, it is the reason why so many people still see the presence or absence of symptoms as the definitions of illness and health.  But I assure you what most consider illness actually is health.  Any questions?