Ha ha ha…nothing like the naivety of youth.  Take medical students for example–they actually think they cannot be influenced by gifts or trips provided by pharmaceutical manufacturers.  Silly little doctors-to-be; it’s like one of my teachers in chiropractic college said, “You think you know exactly what you’ll do until you have trouble paying the rent, your daughter needs braces, and college for your son is right around the corner.”  Ha ha ha…exactly.

Researchers at Harvard Medical School analyzed published studies that included a total of 9,850 students at 76 medical schools in the United States. The investigators found that most of the students had some type of interaction with drug companies and that this contact increased during the clinical years, with up to 90% of clinical students receiving some form of marketing materials from drug makers. 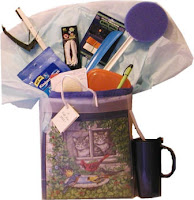 Among the students queried, most believed there was no ethical problem in accepting gifts from drug companies. Their justifications included financial hardship or pointing out that most other medical students accepted such gifts.

Nearly two-thirds of the medical students claimed that drug company promotions, gifts or interactions with sales representatives did not affect their impartiality regarding drug makers and their products.

Yeah, everyone thinks they are above such influence.  I personally think commercials are useless against my steel will, but who’s the fool?  Bottom line: Drug companies wouldn’t waste their time and money on aggressive marketing if it didn’t work.  And going after medical students is a strong step toward successful indoctrination.  Heck, if it works for Coke and Pepsi with the pre-schoolers, why not for Big Pharma and the med-schoolers?

The drug companies have even begun to target their marketing efforts to individual doctors.  They can buy biographical data from the American Medical Association (AMA) and analyze individual doctors personal and prescribing habits.  They can learn which drugs doctors lean toward, and they can even find out a doctor’s taste in dining, hobbies and travel.  Imagine an all expenses paid trip to Hawaii, from your friendly neighborhood pharmaceutical company.  And you think you wouldn’t buckle…now who’s the fool? 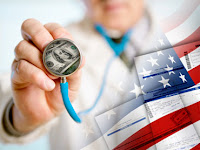 Listen, marketing influences consumers…even doctors.  No matter how much a doctor thinks, as a scientist, he is above basic marketing techniques, truth is he is influenced like the rest of us.  One study showed that doctors’ prescribing rates doubled and tripled for certain drugs following an all-expenses paid trip.  But that was just coincidence.

Get smart, med students–you will be influenced by pharmaceutical marketing.  It’s not a problem as long it’s in the best interest of the patient, the public health and the person paying the bills.  Until your profession lays down some regulations limiting contact between med students and pharmaceutical sales reps, you’ll just have to humble yourself to the power of marketing…and keep mind of your post-contact habits.