Blood In, Blood Out

Know what’s cheaper than gas and water today?  Your blood.  You heard right, blood is so readily available that doctors have been using it like an endlessly replenish-able commodity.  Blood transfusions are all too common a medical procedure–heck, we can even call them routine.

Throw some blood at it, Trapper, that should fix things…good, good…control the bleeding, my ascot!

But not so fast, a U.S. government advisory committee is calling for national standards on when a blood transfusion is needed–and how to conserve this precious resource.

Apparently, much variability exists among doctors as to how much of the red oil is ordered during any given procedure.  For example, some surgeons try to boost the blood of anemic elderly patients with a pint or two, when other measures could be taken.

All the variability shows “there is both excessive and inappropriate use of blood transfusions in the U.S.,” advisers to Health and Human Services Secretary Kathleen Sebelius concluded earlier this month. “Improvements in rational use of blood have lagged.”

Other doctors bypass bleeding control, and simply order a few pints instead.  Why not?  Well, for me the why not is simple.  I don’t want someone else’s blood over my own.  If I need it, yes…gimme some heme and a little globin too, yo!  But if I can get by on my own, then duh!

But this is just another peril of medical modernization–taking our rich supply of back-up blood for granted.  Blood banks–like the American Red Cross–welcome the idea, as they try to balance how to keep just enough blood on the shelves without it going bad or running short.

The U.S. uses a lot of blood, more than 14 million units of red blood cells a year.  Between 1994-2008, blood use climbed 40%, Dr. Richard Benjamin, chief medical officer of the Red Cross, told the Health and Human Services Advisory Committee on Blood Safety and Availability. In many years, parts of the country experienced spot shortages as blood banks struggled to bring in enough donors to keep up.

As an oddity, blood use has actually dropped since the recession, roughly 6% over two years, Benjamin says, although he couldn’t say why.  Maybe financial considerations affect more than we think, including medical rations.  Interesting at the very least.

Transfusions are not risk free: Some people experience allergic-style transfusion reactions and other complications, sometimes fatal ones, despite the dangers of contracting HIV or other viruses being very rare today.

Multiple studies have proven the overuse of blood in U.S. hospitals: One study showed a difference between two hospitals, tracking over 100,000 patients, of 8% blood transfusions in one, while the other was up to 93%.  Survival rates at the two hospitals were not significantly different.

Another study last fall examined Medicare patients who received blood for various reasons over a 10-year period, and found those who live in the South are the most likely to get a transfusion and those who live in the West, least likely.  Overall, the U.S. uses about 49 units of blood for every 1,000 patients, substantially more than Canada or Britain where those transfusion rates are in the 30s, Benjamin says. 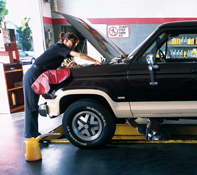 All I can say is the bigger western medicine gets, the more mundane its application.  Ah Charley, all you need is a new kidney; you’ll be good as new, you’ll see…and don’t worry, you won’t have to stop taking your heart meds.  Crazy!

We’ve become so numb to the magnitude of medical intervention that a blood transfusion is like getting an oil change at Jiffy Lube.  No doubt, modern medicine is awe-inspiring, but c’mon–I know people that get a surgery every year (I am NOT kidding!).  Is it any wonder conventional wisdom supposes there’s a ‘health care crisis’?  I’ll say there’s a crisis all right…but it’s in the respect for human health and universal laws.  Think about it.